What is alexandrite? Alexandrite, known to researchers as chrysoberyl, is a gemstone that changes color, depending on the light. Alexandrite is composed of two minerals: chromium and beryllium. Both minerals must be present to form chrysoberyl. The stone was discovered around 1830 in the Ural Mountains in Russia. This gemstone was different because of the unusual green color that changes in the light. The discoverers had never seen this spectacle and the first person to see it was Nils Gustaf Nordenskiöld, a famous mineralogist from Finland. 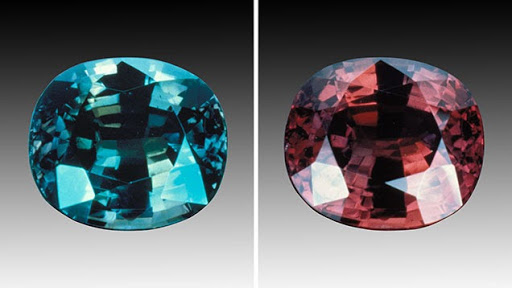 Alexandrite, photo by the Gemological Institute of America[/caption] Where does the name alexandrite come from? In 1834, the gemstone was named after the then future Czar (Emperor of Russia) Alexander II Romanov - Alexandrite. And it's the last part that we name the stone today. What are the characteristics of alexandrite? Alexandrite’s best-known property is the changing of color. The basic colors are green and red; the stone is green under day-, and sunlight and changes to a red color under an electric light bulb. When the stone is placed under other light sources it also reflects other colors. The table below shows what other colors alexandrite produces. Incredible, right? 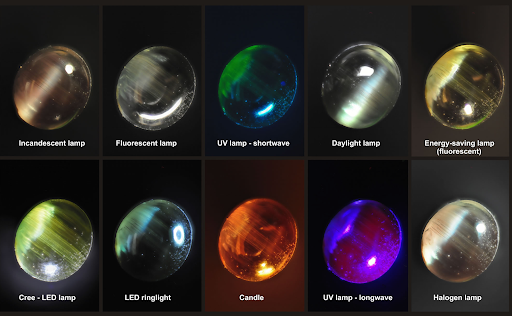 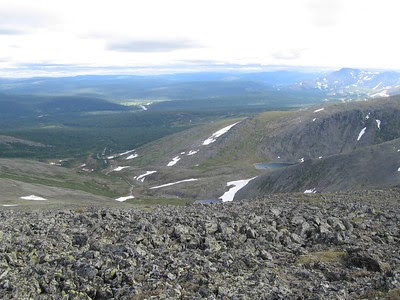 So this means you can enjoy the beautiful properties and decide on the shape yourself. 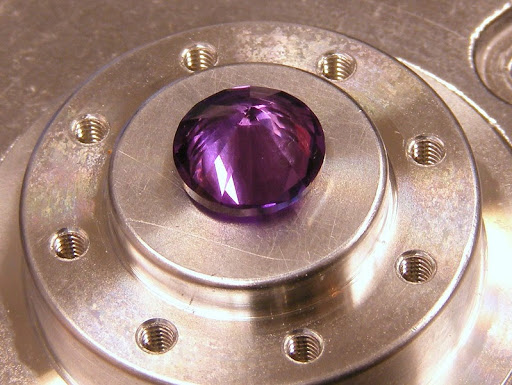 An imitation alexandrite stone[/caption] However, beware of imitation alexandrite. This isn’t the same as synthetic alexandrite, as synthetic alexandrite is made with the same minerals as the natural variety. Imitations are made with corundum, a crystal that also changes color. You can recognize a "faker" by the color; the imitation stone is mauve or purple. The second indicator is price. When alexandrite is offered at a low price it often means ''too good to be true.'' Not sure if you have a genuine alexandrite in your hands? A gem expert or a prominent institute will tell you if you are dealing with an original alexandrite. Today you have been introduced to alexandrite and its wonderful characteristics. Do you own an alexandrite? Congratulations! You are the proud owner of one of the rarest stones in the world! Want to learn more about the wonderful world of diamonds and gemstones? Book a tour at Royal Coster Diamonds and be inspired by our experienced diamond consultants.
Link copied!
Tweet Share Pin it
Previous post