Perhaps the most famous museums in the Netherlands. The Rijksmuseum in Amsterdam is one of the sixteen state museums in the Netherlands. In 80 galleries, 8,000 objects tell the story of 800 years of Dutch art and history. From the Middle Ages to Mondrian and the 20th century. This way, the collection offers an overview of Dutch art and history. But the true highlights are the 30 galleries dedicated to the glory of the Golden Age. 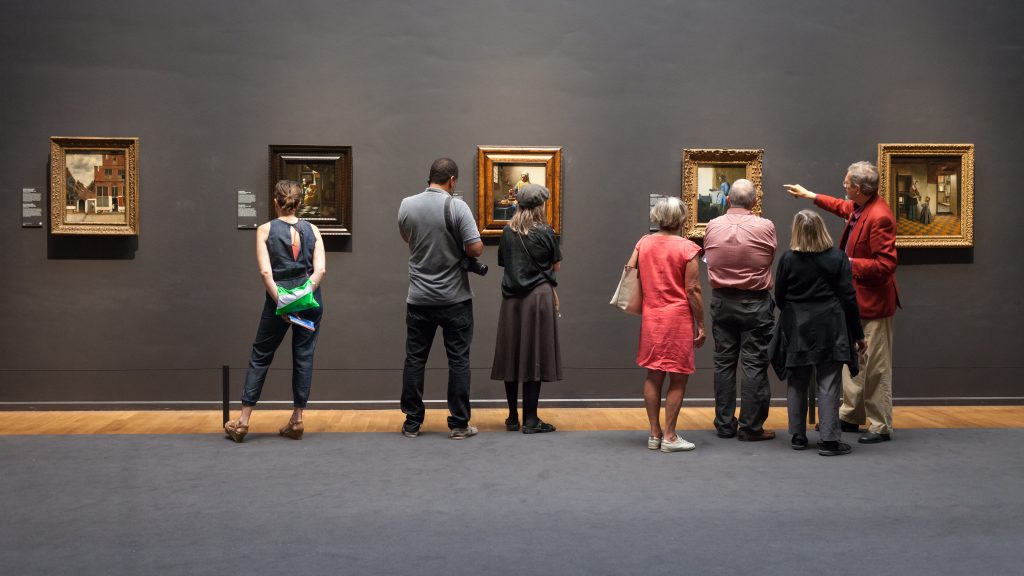 When our young mercantile republic was the leader in world trade, science, shipping and the arts. The Gallery of Honour forms the heart of the museum. Here, you find world-famous masterpieces by Vermeer, Rembrandt, Frans Hals and Jan Steen. The cherry on top is, of course, Rembrandt’s The Night Watch. The Rijksmuseum is located at the Museum Square, next to us. It is here since 1885; we are neighbors for a very long time. 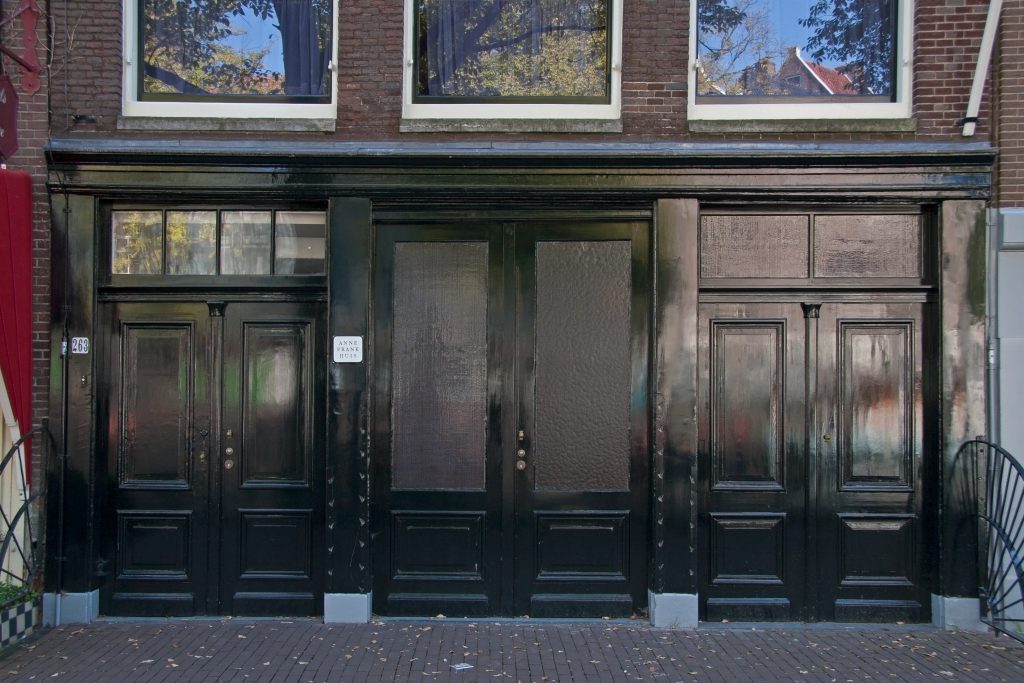 Many want to get in, but only a few are that lucky. As one of the most popular museums in Amsterdam, the Anne Frank House works primarily with online reservations. Many of them are made months in advance. It is well worth fighting the crowds for though. Because you visit the home where the young Anne Frank and her family hid from the Nazis during World War II. It was the place where Anne wrote her diary. This diary is world-famous and translated in 70 languages. 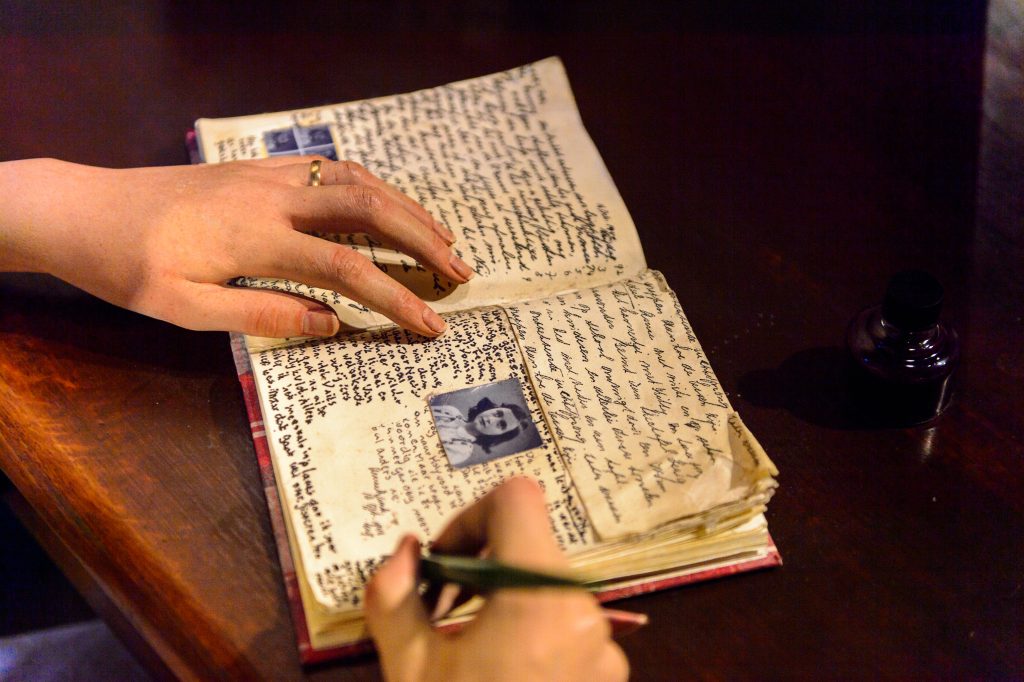 Anne gave a unique and touching perspective of wartime in Amsterdam through the eyes of a teenage girl. But whether or not you read her diary or saw the various movie versions of her story, you will not regret your visit. Exploring her hidden home in the attic takes you back in time. Plan about an hour to tour the entire house. The guided tour is offered in 9 languages. If you want to add the Anne Frank House to your visit to Amsterdam, book your tickets in advance. Because this is one of the best museums in Amsterdam and, therefore, often sold out quickly. 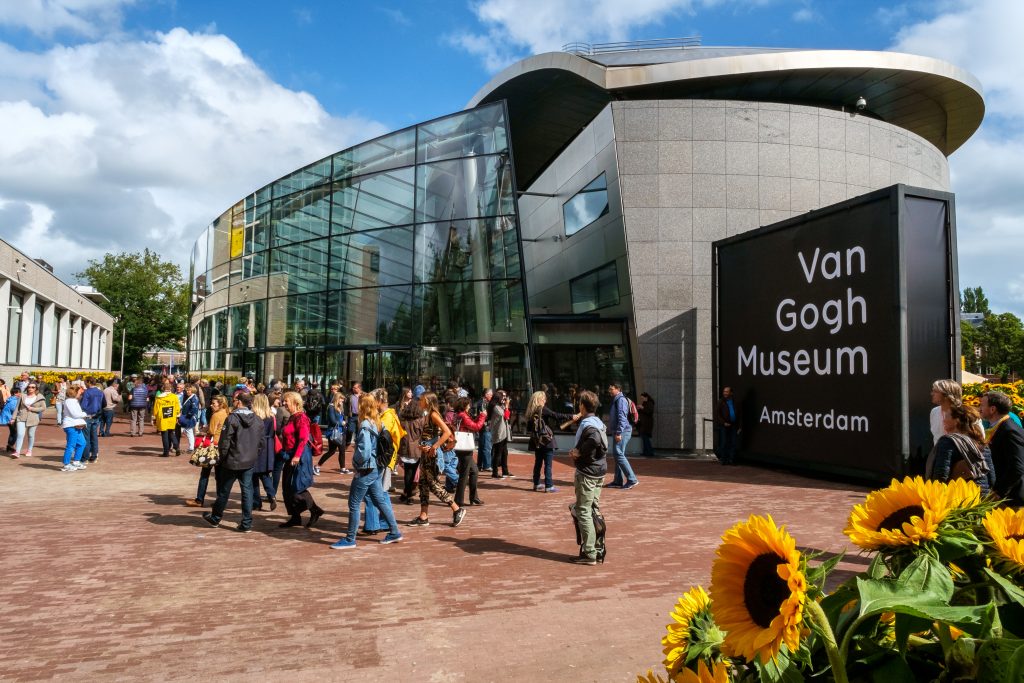 The Van Gogh Museum is a museum dedicated to the Dutch painter Vincent van Gogh. Just like us, it is located on the Paulus Potterstraat and the Museum Square in Amsterdam. The museum’s collection contains more than 200 paintings, 500 drawings and 700 letters from Vincent van Gogh. But there is also his collection of Japanese prints, and the library contains more than 23,000 works. 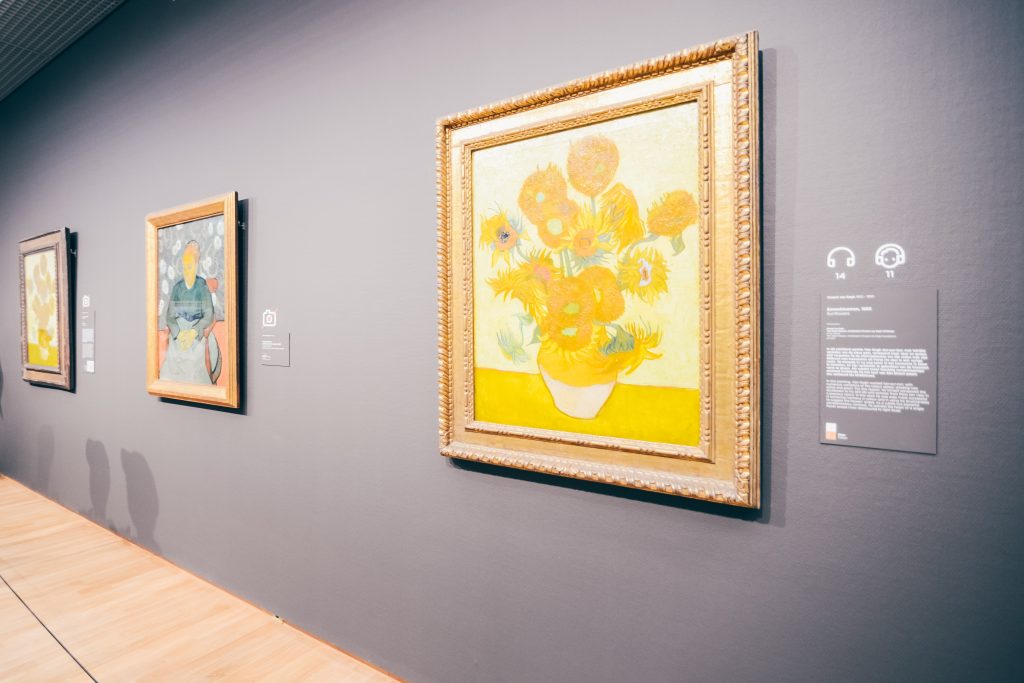 Back in the days, no one would have thought this museum was going to be in the top 10 of museums in Amsterdam. While alive, Vincent van Gogh only sold two paintings. He was not famous at all. But nowadays, everyone wants to see his works, like “The Potato Eaters,” “Wheatfield” and “Sunflowers.” The Van Gogh Museum boasts over 2.26 million recorded visitors a year. Get a first-hand peek into the Dutch Post-Impressionist painter's life, including private correspondence with his family and friends. The Van Gogh Museum is by far one of the best museums in Amsterdam. 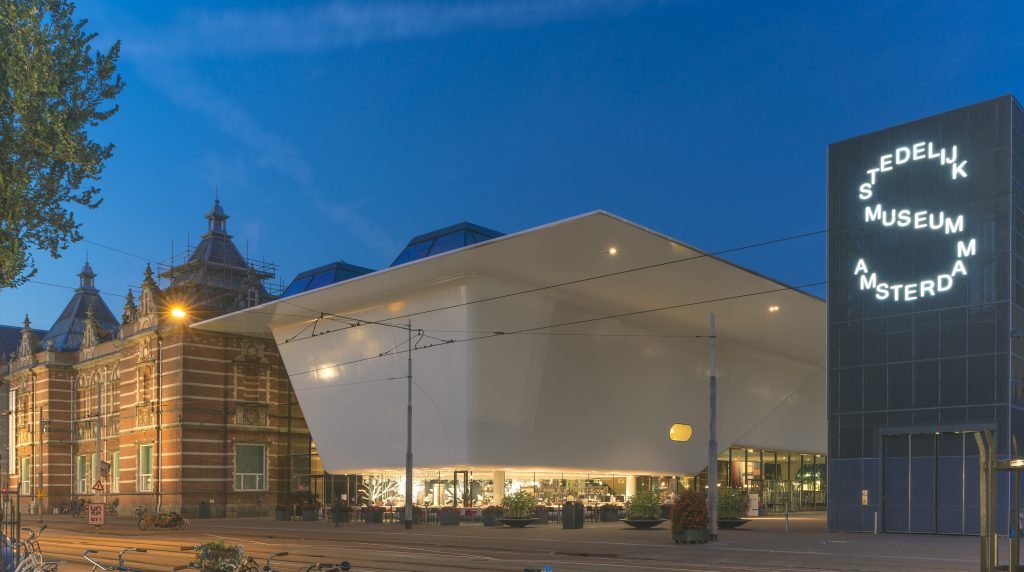 We stay at the Museum Square where you find plenty of museums. In contrast to the Rijksmuseum and the Van Gogh Museum, the Stedelijk Museum is about contemplated art and modern design. The collection features some of the world’s top icons of the past 150 years. You’ll find works of many great eccentric artists like Warhol, Picasso, Cezanne and Pollock. But also many works from Dutch artists, like Piet Mondriaan, Karel Appel and Gerrit Rietveld. 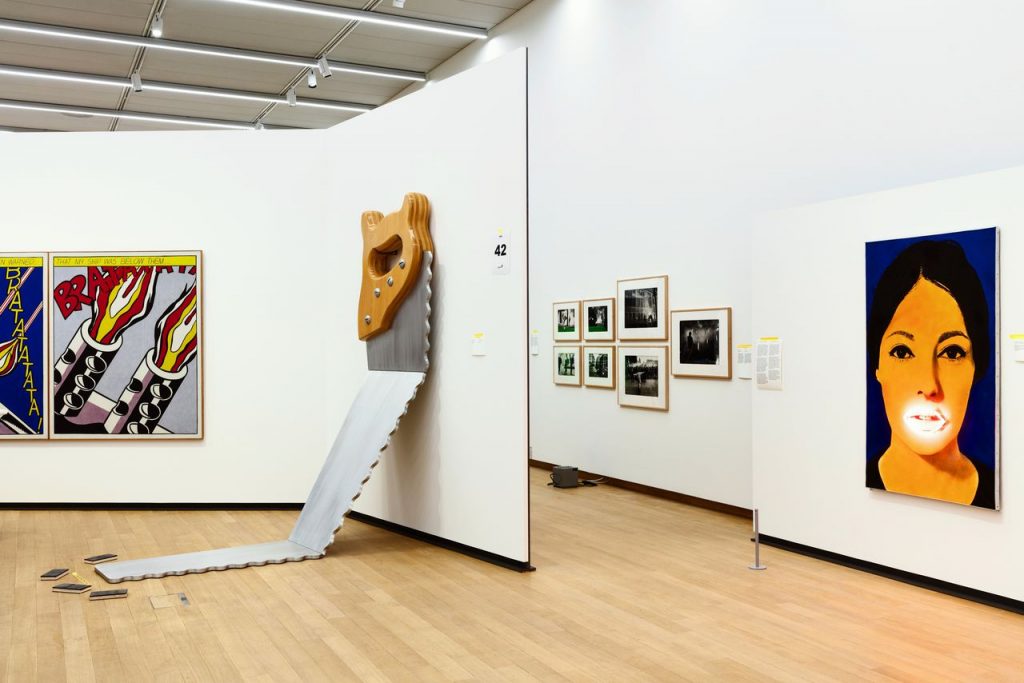 Picture: Lars van den Brink Explore galleries with dozens of sculptures, videos, films, and paintings by the aforementioned artists and many others. Even if you aren’t a fan of modern art, you will be sure to find something that tickles your fancy. 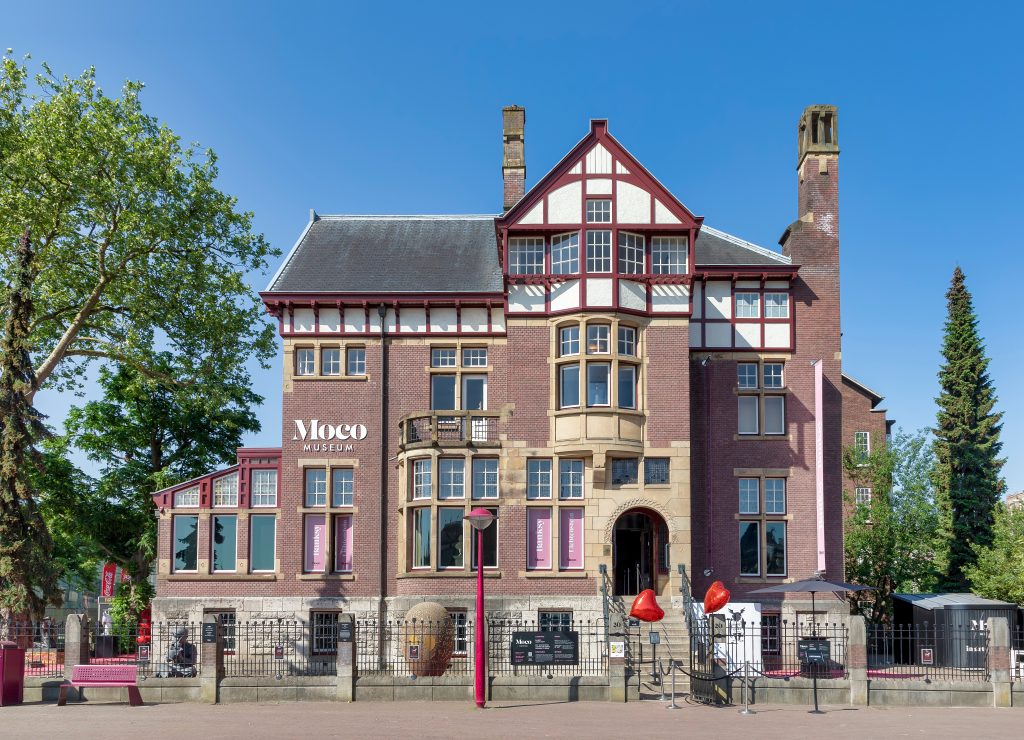 Let’s stay in the present, shall we? The Moco Museum (Modern Contemporary Museum Amsterdam) is a private museum located at the Museum Square. The museum is only a couple of years old. A big contrast compared to the museums that are here for more than 100 years. But nevertheless, it more than earns its place on this list of top 10 museums in Amsterdam. Moco is an institution dedicated to exhibiting modern and contemporary art. 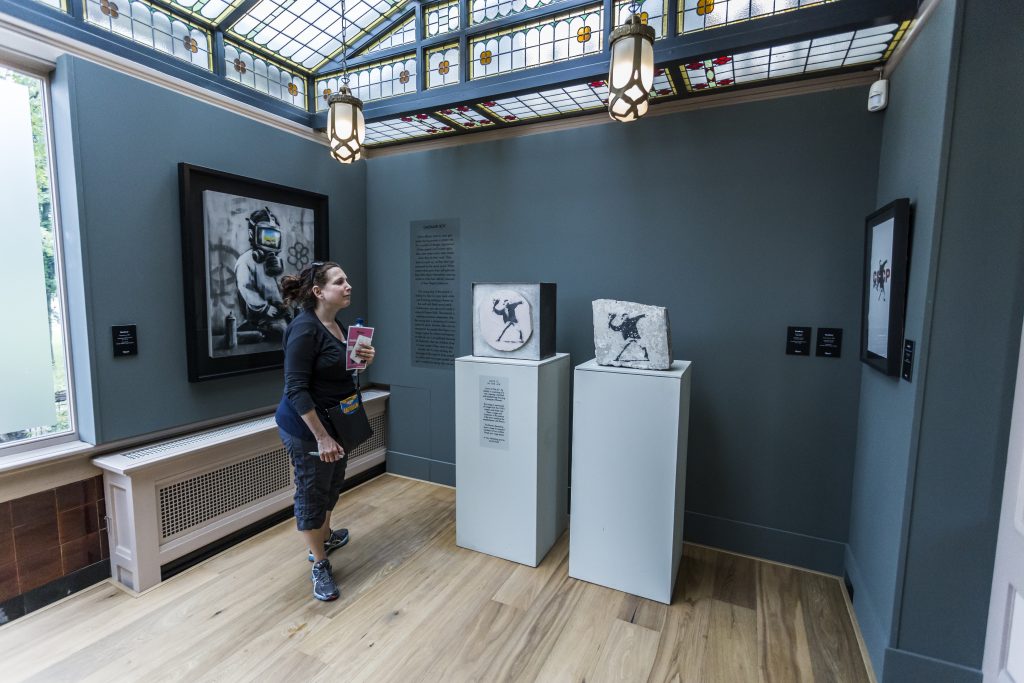 The museum's mission is to make modern and contemporary art accessible to a large and young audience. The museum features exhibitions of various artists. From famous ones like Banksy and Roy Lichtenstein to retrospective works by contemporary street artists and political activists from Iran. The different rooms are set up in beautiful ways, making you feel like you are in a dream world. 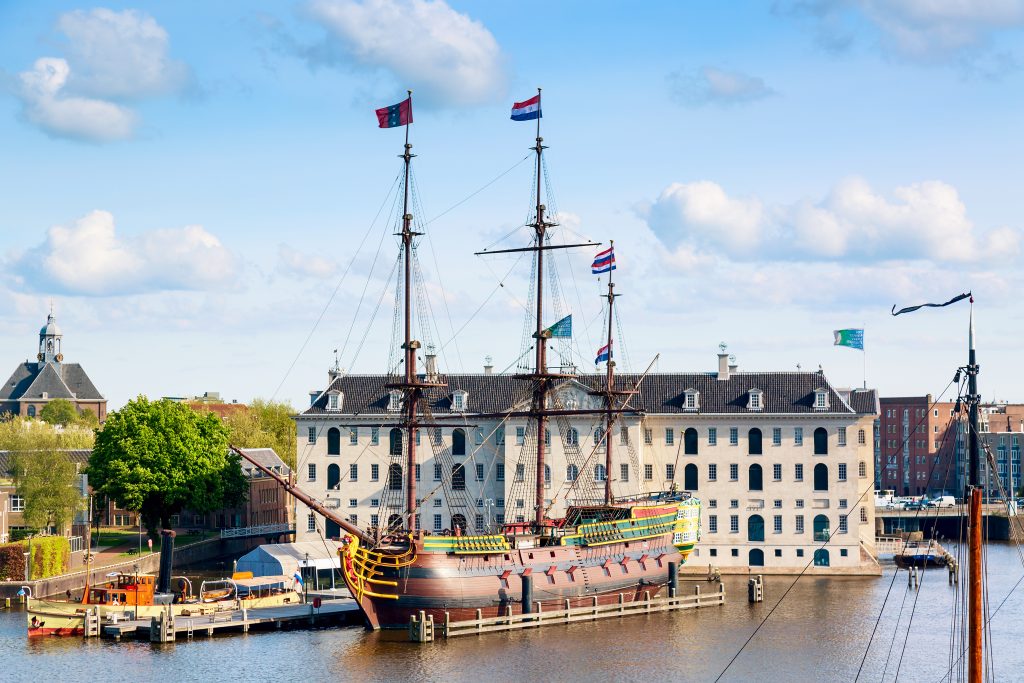 Ship Ahoy! The “Scheepvaartmuseum” (or Maritime Museum) is a Dutch museum about shipping. Even if you don't have sea legs, you will probably like this museum. There is a reason I put this one in the top 10 of museums in Amsterdam. Water shaped the history of the Netherlands and has determined its role and status in the world. During the Golden Age, the Dutch were one of the best shipbuilders in the world and conquered many oceans. Discover how naval battles, trading companies, and art in the 17th and 18th centuries relates to the relationship between the Netherlands and water. Located in the building of a former sea warehouse, the museum contains the second-largest maritime collection in the world. 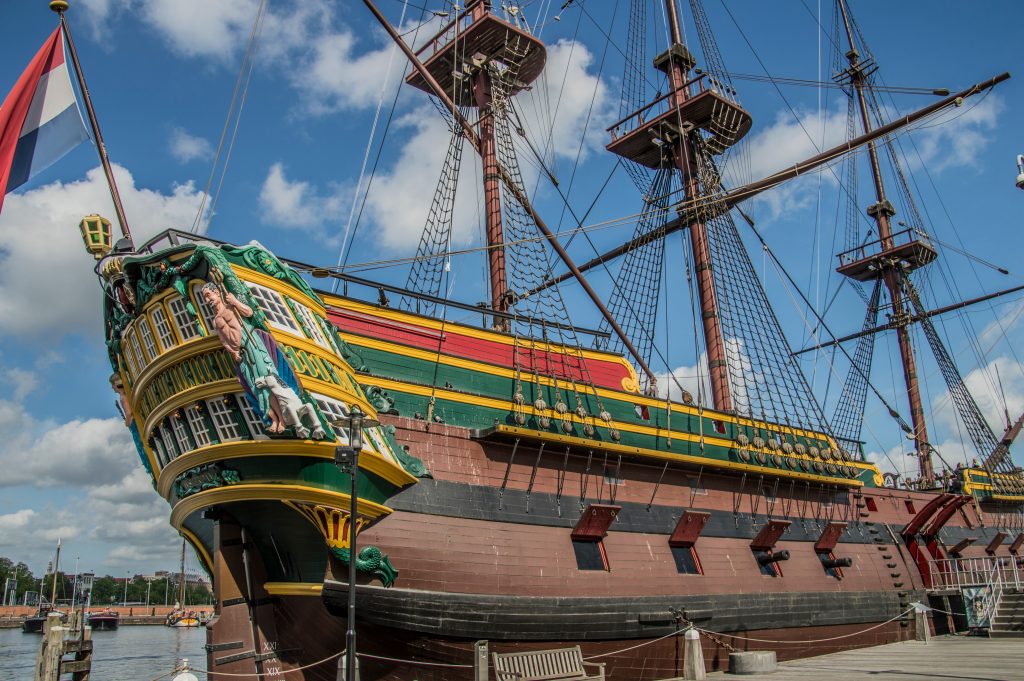 The museum specializes in the maritime history of the Netherlands. The collection includes paintings, ship models, weapons and world maps. The paintings include Dutch naval officers such as the famous “Michiel de Ruyter” and impressive historical naval battles. With VR-tours, you go back to the Golden Age. And you imagine yourself there, live on one of the VOC ships. 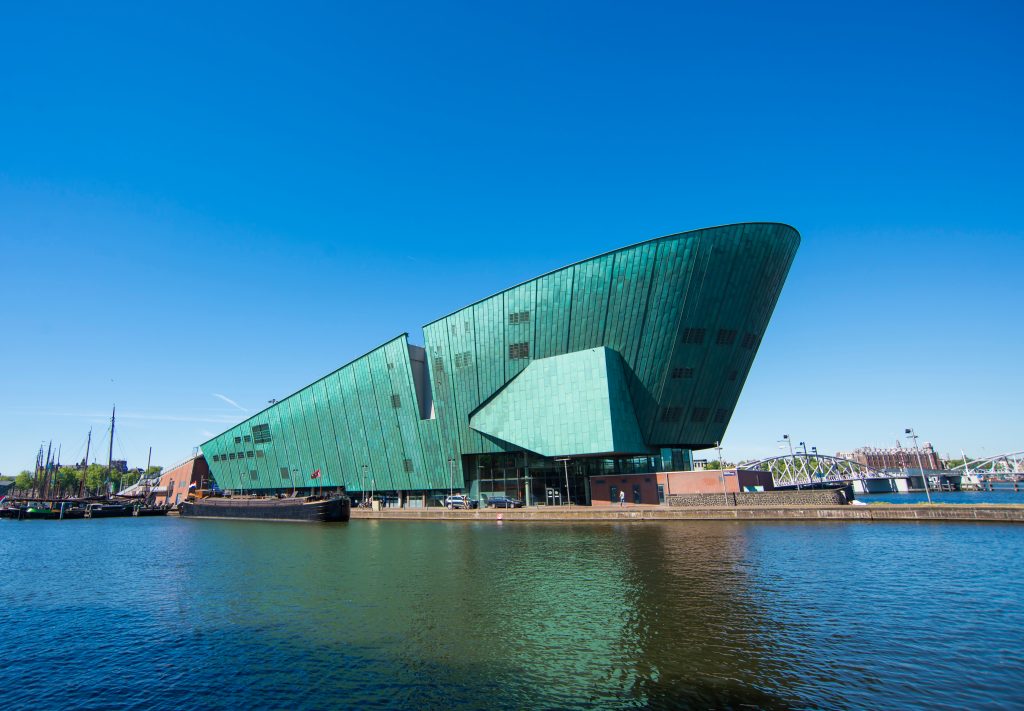 The NEMO Science Center is the perfect museum when you bring your kids to Amsterdam. This interactive science museum boasts over 5 hours of films. It demonstrations and hands-on activities that are suited for all ages. NEMO's motto is “Hands On!” or “Forbidden to stay off!”. The objects in NEMO are often experimental set-ups in which the visitor can investigate a scientific phenomenon. This can be physics, chemistry, biology and behavioral sciences. The permanent exhibition is subdivided into various aspects of science and technology. In Fenomena visitors can explore various natural phenomena. Teenfacts focuses on young people and sexuality and Journey through the Spirit on the functioning of the human brain. Visitors can do a real laboratory test in the Lab. 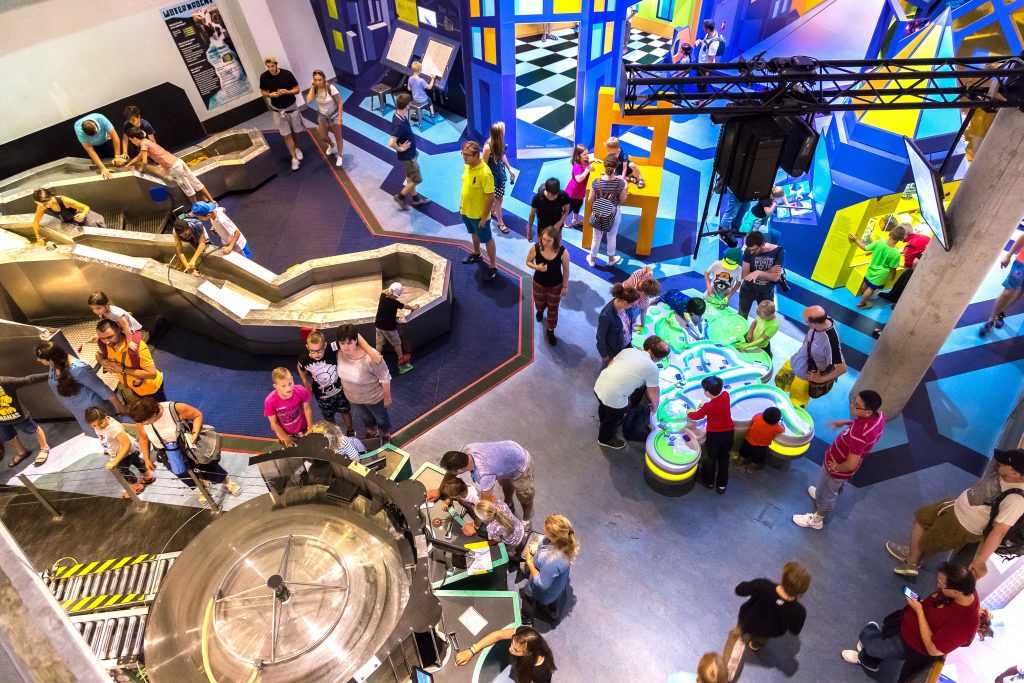 The experiments vary from blowing giant soap bubbles to taking part in interactive experiences. So there’s something for everyone. The museum wants to make young people enthusiastic about science and technology through experiments. About 38% of the visitors are younger than 18 years. Afterwards, you can enjoy lunch on the rooftop terrace. Here you have a great view over the city. 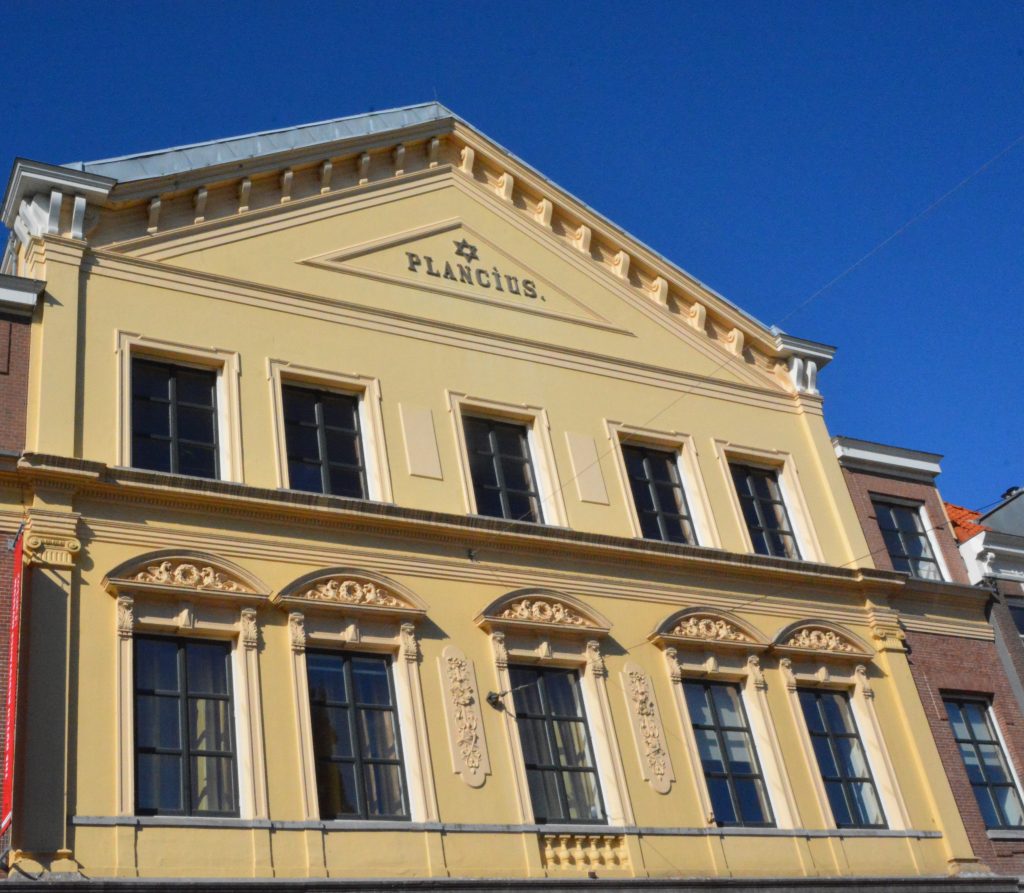 From May 1940 to May 1945, the Netherlands was occupied by Nazi Germany. How did the Dutch respond to the increasing oppression? You see, hear and read stories about the exceptional happenings and the everyday happenings. The exhibition is awarded by the Historisch Nieuwsblad (Historic Newsletter). World War II is a very important part of the Dutch history. The Resistance Museum Amsterdam tells the story of persecution, collaboration and resistance in the Netherlands during the Second World War. 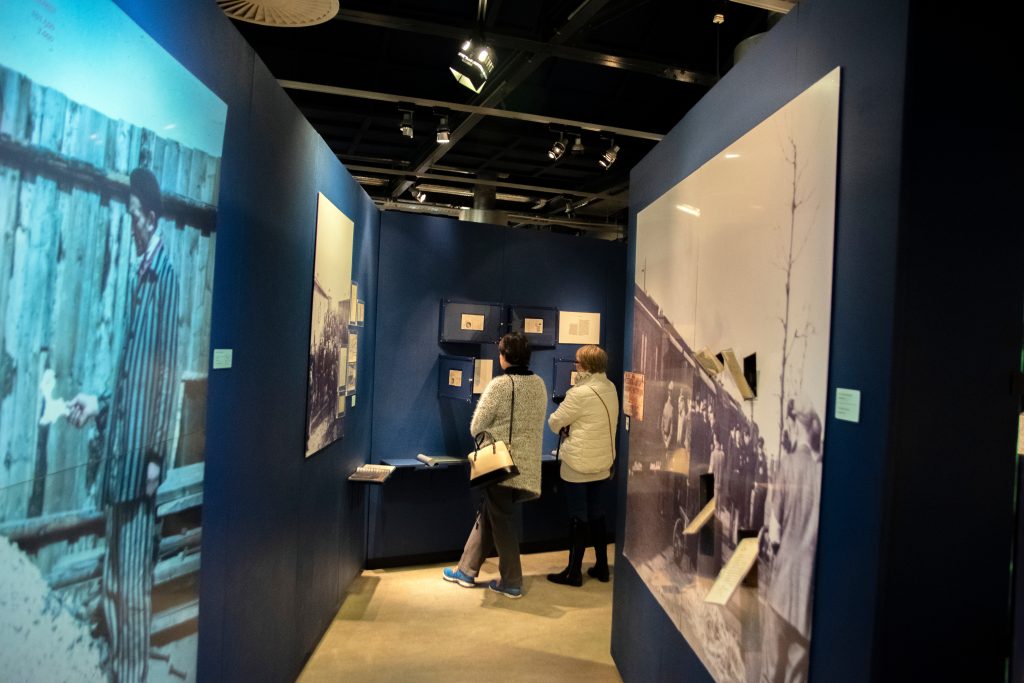 The Resistance Museum is not about heroes and villains. But about ordinary people, who faced dilemmas in a time of scarcity and oppression and had to make choices. Discover how the Dutch lived during WW2. A backdrop of reconstructed streets and wall-filling photos evokes the atmosphere of the war years. 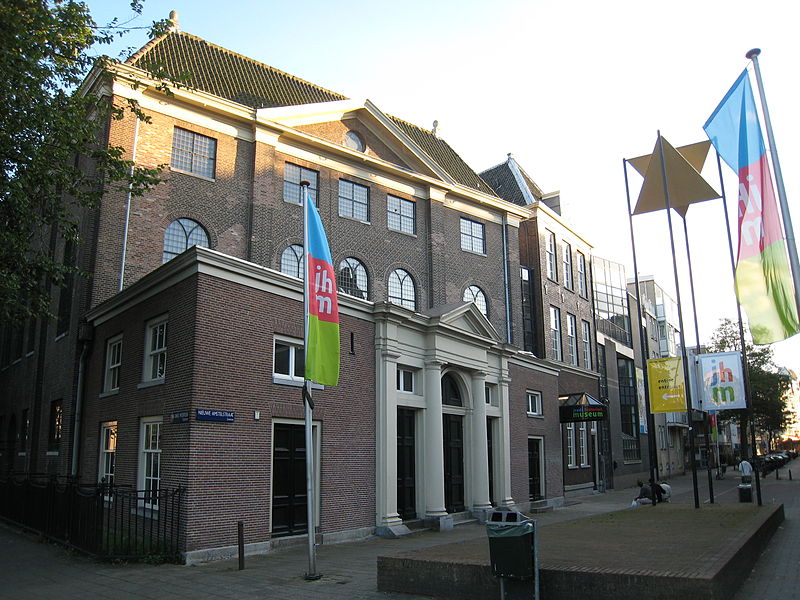 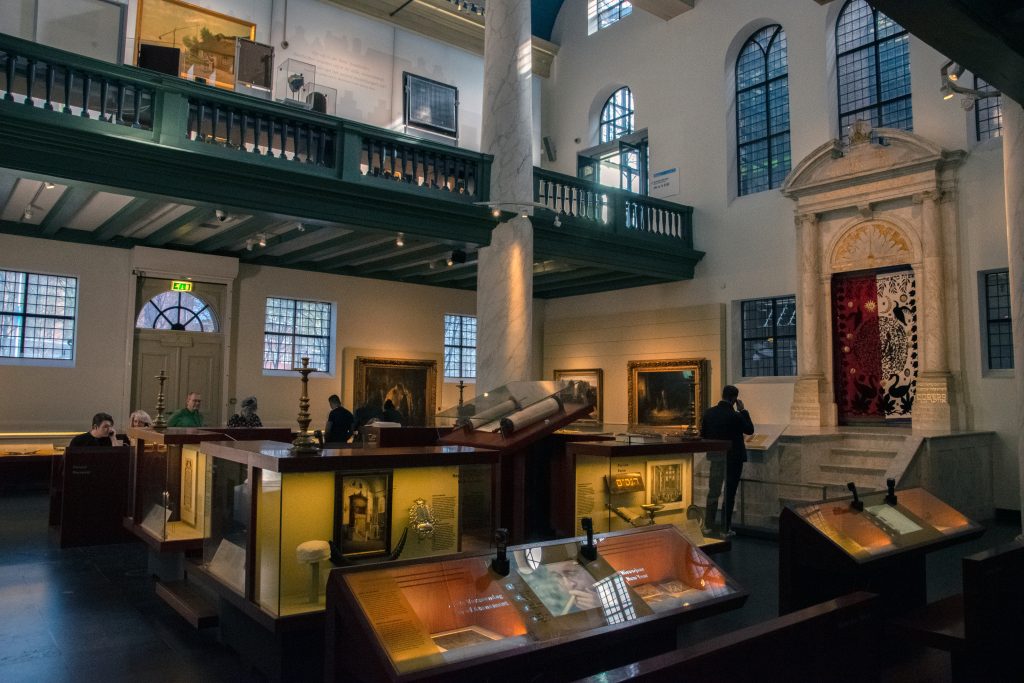 To mark the 125th anniversary of the Dutch Diamond Workers Union, the Jewish Historical Museums has a special exhibition. From September 27, 2019 until March 1, 2020, the Museum presents ‘Amsterdam, the City of Diamonds’. In the 17th century, Amsterdam grew to become the international center of the diamond industry. This was mainly thanks to the Jewish people. 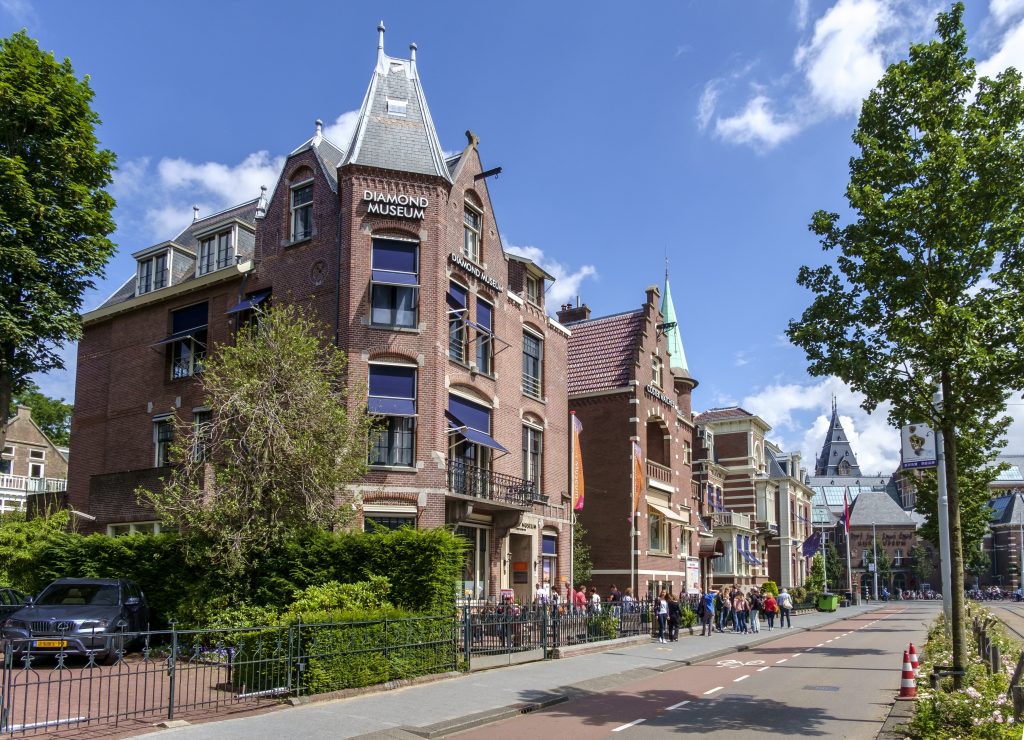 Alright, maybe I am a bit biased. But what can I say? I love diamonds and I think the Diamond Museum is definitely worth a visit. That's why it deserves a place on my list of the top 10 museums in Amsterdam. Amsterdam has been one of the top centers in the diamond business, and the Diamond Museum Amsterdam is no exception. To share diamond knowledge with the people, we started the diamond museum in 2007. The museum has 2 floors of fascinating exhibits on the different aspects of the diamond industry. From mining to polishing, to the history of some of the most famous diamonds in the world. 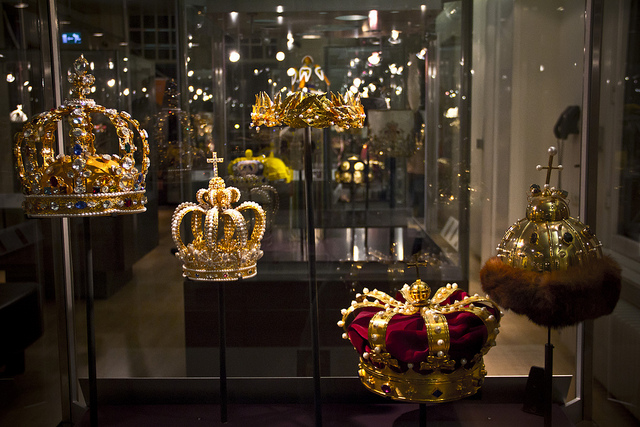 With a 400-year history in the diamond industry, you can learn about notorious diamond heists, the diamond cartel and market. Discover items on display such as the impressive crown collection, the diamond katana and the diamond ape skull. After you enjoyed the museum – or even before you visit – you can visit Royal Coster Diamonds. We’re located next-door and offer (free) guided tours to introduce you to the magical world of diamonds.
Link copied!
Tweet Share Pin it
Previous post
Next post