The last couple of years, I spend many hours shopping in Amsterdam. I think I can safely say I know all the best shopping streets in the Dutch capital by now. Some were introduced to me by locals who live here for generations. Others I just stumbled upon by myself. Who knew the city has so many hidden gems? Let me tell you about Amsterdam's best shopping streets. It is a combination of streets with big (international) brands, luxury brands and the ones with cute stores no tourist would ever find. They are within walking distance of each other. But if you have difficulty walking or simply don't want to, you can always catch a tram. The name Kalverstraat is derived from a calf market that was held here until the early 17th century. Pretty much all the houses on the Kalverstraat used to have canal gardens. But all of these disappeared under construction in the course of time. However, a lot of old buildings do still have the original facades. This makes it a treat to just walk around in one of Amsterdam's best shopping streets and admire the Dutch architecture.

Dam Square is close to the Kalverstraat and around 750 meters south of the Central Station. The biggest reason people do some of their best shopping in Amsterdam is because of the Bijenkorf. This is the most famous department store in all of the Netherlands. Literally translated, Bijenkorf means beehive. The biggest Bijenkorf is this one in Amsterdam, at "De Dam". All of their products are of high quality. From coasters to clothing, you can get it at the Bijenkorf. You also find a lot of in-store shops here. Of course, there are plenty of other stores at 'De Dam', but de Bijenkorf is actually a reason people from the Netherlands - and the rest of the world - come here. So make sure to make a pit-stop here when wandering around the Amsterdam shopping streets. De Dam is often referred to as 'Dam Square'. The square is rectangular and about 100 meters wide from north to south and around 200 from east to west. Even if you are not really into shopping, Dam Square should be on your Amsterdam bucket list. It is the historic heart of the city and the location of many events of national significance. You find our Royal Palace here, the "Nieuwe Kerk" (New Church) and the National Monument. It is also the place where the annual National Remembrance Day is held. De Dam is a place many street performers show their acts. Some of them are truly amazing so it can be worth it to stop and have a look. But if you do so, keep an eye on your belongings because it's pre-eminently the place for pickpockets to strike.

Just like the Kalverstraat, the Leidsestraat is also on the Dutch Monopoly. The shopping street is an extension of the Leidseplein, which is close to Royal Coster Diamonds. In the Leidsestraat, you can find some luxurious brands such as Ted Baker and Hugo Boss. But also if you’re looking for some beauty products, Leidsestraat is a must-go for you. You find all the creams, gels, lotions, makeup and perfumes in luxurious drug stores such as Rituals, The Body Shop, and ICI Paris XL. History of the Leidsestraat

The Leidsestraat is a busy Amsterdam shopping street. The fact that is is a fairly narrow street doesn't help to make it less crowded. From 1877 to 1903 horse trams rode through the Leidsestraat. Because of the narrow width of the street there was single track with points of change on the bridges over the canals. If you are interested in Dutch Design, you can take a look at the top floor of the Metz & Co department store. Here you find the 'Rietveld dome' as designed by Gerrit Rietveld in 1933. It has a spectacular view of Amsterdam's city center.

In 2011, the people of the Netherlands voted the Haarlemmerstraat the best shopping street of the country. Yet the big tourist masses haven't discovered this street yet. That is why in the Haarlemmerstraat, you can enjoy Dutch shopping the old fashion way. There are a lot of small independent boutiques and trendy, yet affordable, restaurants. Man, I can spend hours here! Stroll a bit further to the Prinsenstraat and Herenstraat to gaze upon the historic buildings that Amsterdam is so famous for. Stores at the Haarlemmerstraat

In and around the Haarlemmer Street are approximately 235 stores. It used to be the street with the local butcher, baker, greengrocer, milkman and other craftsmen. But today, there is a wide variety of stores. So everyone can find something suitable, whether you're looking for fashion, accessories, toys, gifts, books, electronics or delicacies. There is a nice mix of retail chains and cozy independent boutiques.

Everybody in the Netherlands knows this street. It's definitely one of the best shopping streets in Amsterdam and probably even the country. The P.C. Hooftstraat is the most luxurious street in this list. Many world-famous celebrities do their shopping here! In this street, you can find loads of exclusive stores, haute couture shops, and famous brands. Do you like brands such as Michael Kors, Jimmy Choo, Chanel, Gucci, Prada and many more? Then this is the street for you. The P.C. Hooftstraat is located in the south district of Amsterdam. A few hundred meters ahead of this street, you’ll find us. So feel free to walk in! 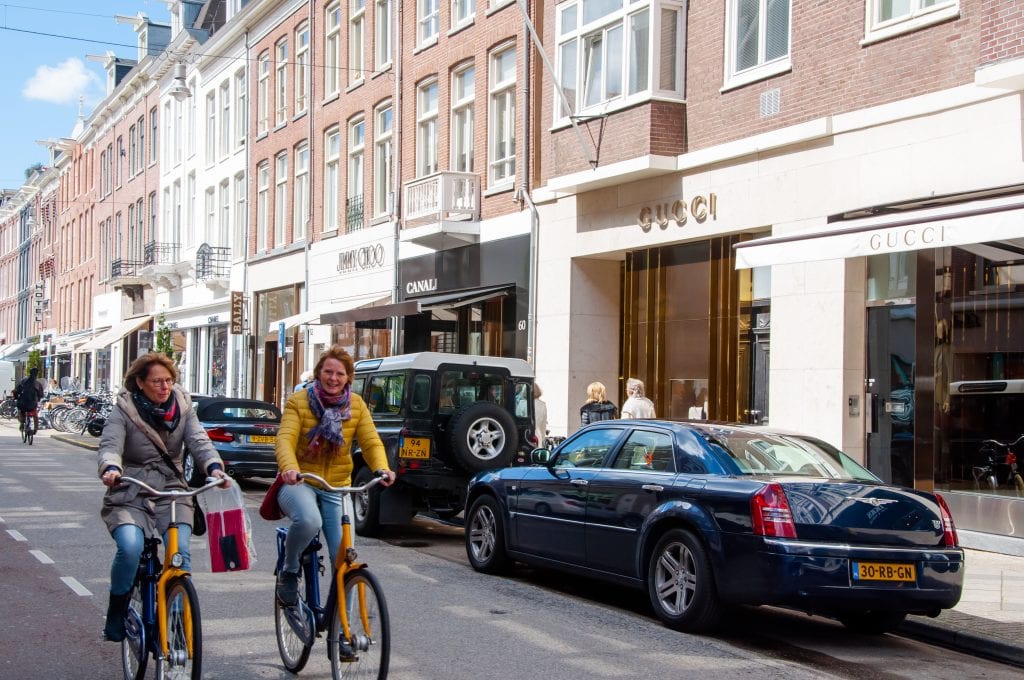 Before it was the best shopping street in Amsterdam

The P.C. Hooftstraat originated at the end of the 19th century. At the time of the construction of the Vondelpark. The street is named after the Dutch historian, poet, and playwright Pieter Cornelisz Hooft (1581-1647). In contrast to, for example, the Kalverstraat and De Dam, the P.C. Hooftstraat used to be a normal residential street. Its houses are based on designs by the famous architect Pierre Cuypers. Yet in the last decades of the 20th century, the P.C. Hooftstraat developed into the most expensive shopping street in the Netherlands. The street contains mostly exclusive clothing stores and some expensive apartments.

This street smells good! The Beethovenstraat is also down in Amsterdam South, close to Coster. This is also a street that many tourists don't know about. But it is well-accessible. Here you can find some upscale perfumeries, coffee bars, and confectioners. Visit the stores such as Douglas or ICI Paris XL for the best beauty products. Enjoy a nice cup of coffee or a smoothie at the Coffee Company or Starbucks. Are you fond of pastries? Bakeries and patisseries like Petit Gateau and Huize van Wely have the best treats. For other tasty food, visit the Marqt supermarket across the street for pure, honest and sustainable products. In case you were wondering: they have chocolate! 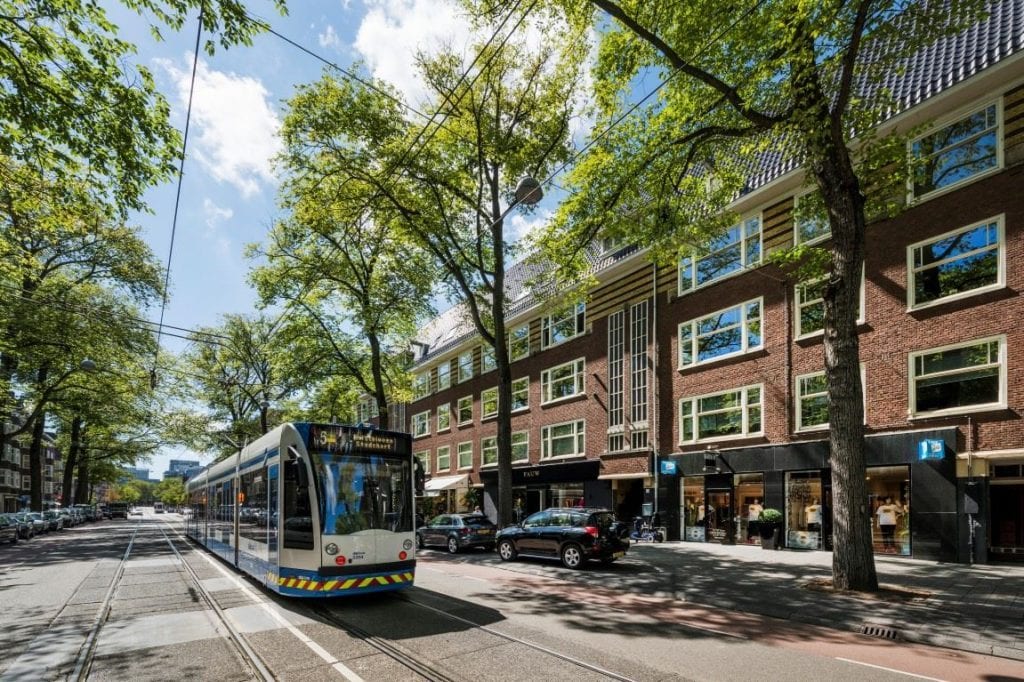 Some may already notice that this street is named after the famous composer Ludwig of Beethoven. Because the extension of the street took place in phases, the buildings have different building styles. The beginning of the street is mainly built in the style of the Amsterdam School and "Het Nieuwe Bouwen" . The last one is a collective name for various architectural styles and innovations in architecture. It is followed by architecture from the 50s and 60s, while south of the national highway the architecture is from the 21st century. So if you like architecture, this Amsterdam shopping street is a feast for the eye. Besides this, the Beethovenstraat also has some great pieces of art like monuments.

The Utrechtsestraat is one of Amsterdam's best streets. It is the connecting road between the Rembrandtplein and the Frederiksplein. It is also a feast for everyone who likes shopping. At the Utrechtsestraat you can find trendy concept stores, interior design shops, fashion stores and the best music store in Amsterdam: Concerto. If you have time, you should definitively check this one out. This music store consists of no less than five buildings. 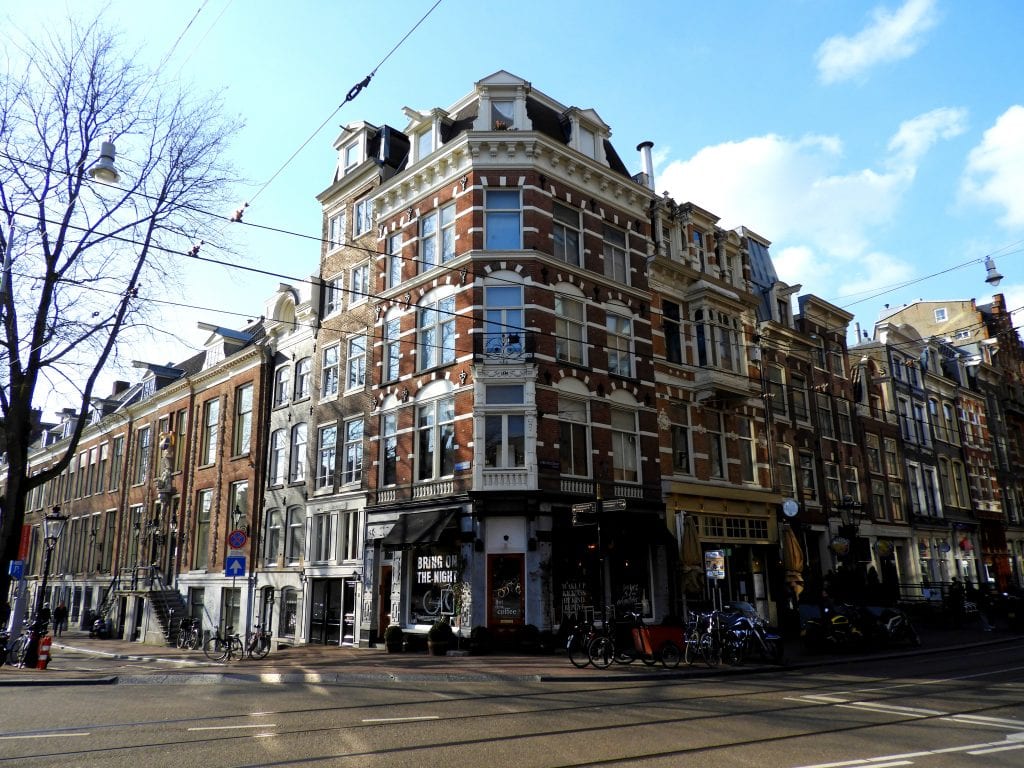 Especially before Christmas, the Utrechtsestraat may very well be the best shopping street in Amsterdam. Around mid-November, almost all Amsterdam stores get the Christmas lights from the attic, but the Utrechsestraat takes the cake. The curtains of light make you feel like you walk in a tunnel of festive light.

Time to taste Amsterdam. Close to the Central Station, you’ll find the cozy street Czaar Peterstraat. This one might seem a little small next to all these big and famous shopping streets in Amsterdam. However, this street was voted the best shopping street in the Netherlands in 2015. The charm of this street is the variety of all small independent stores with one specialized product. The first sells all kinds of French cheeses. Another only has authentic Ethiopian coffee. The third has a wide range of Italian wines. For all kinds of delicatessen and extraordinary gifts, here’s your spot. 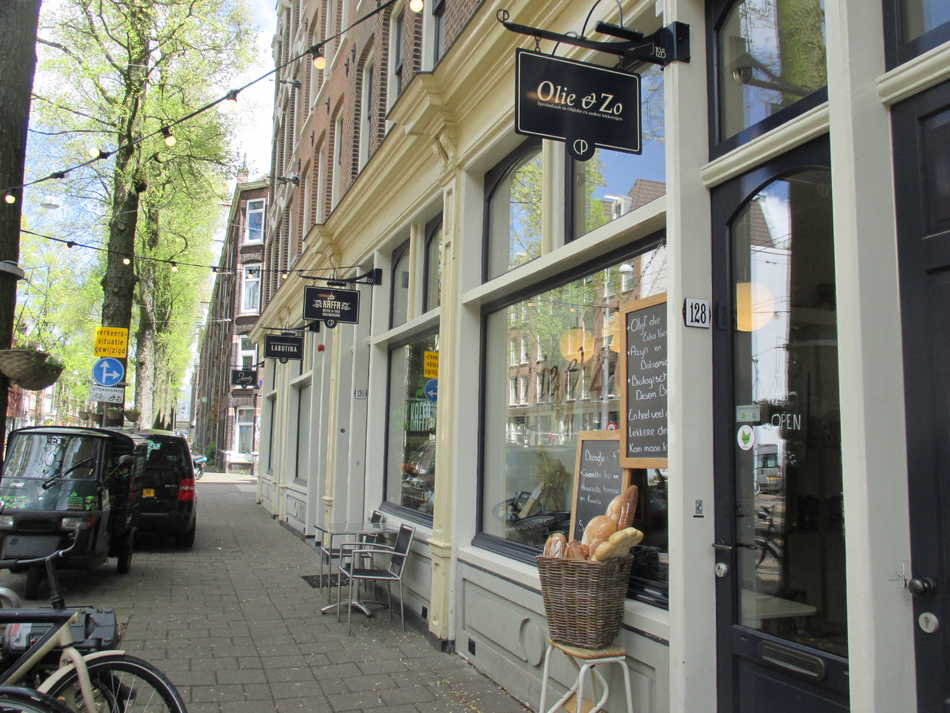 The makeover to one of the best shopping streets in Amsterdam

The neighborhood of Czaar Peterstraat had a bad rep. However, around 15 years ago, the street has undergone a major renovation. The now charming street with its rows of trees runs through the heart of this former industrial area. It is named after Peter the Great, who traveled to Amsterdam at the age of 25. After a number of years of extensive renovation work, it has become a cozy location where you can eat, drink and shop. Yet it remains a hidden gem for many visitors.

The best stop at your shopping spree

But of course, shopping in Amsterdam is not complete without checking out the diamonds Amsterdam is so famous for. Schedule a visit at our flagship store in Amsterdam. Getting a real Amsterdam diamond is the best way to finish your shopping day in the Netherlands.
Link copied!
Tweet Share Pin it
Previous post
Next post