The city squares symbolize the whole areas of the city with their activity and the character. Big and open Dam square with the Palace of the King and the best department store has a central role in town and belongs to Amsterdam attractions. Leidseplein and Rembrandtplein are entertainment and tourism centers while the Museumplein name speaks for itself. Nieuwmarkt, Westermarkt and Noordermarkt are old markets, which found today a new function, each of them different. Even a small square called het Spui has its own special character, making it a real fun to visit. Dam square is the centre of Amsterdam, and a must see attraction when visiting Amsterdam, and very easy to reach because it is a 10 minute walk from central station. This historical site might not be the most impressive in all of Amsterdam, but definitely worth a visit. This site was for example, the reception area for Napoleon and his troops during the takeover of the city in 1808. At the foot of this square stands the Royal Palace, which was originally used as the town hall, and with its fine sculptures it was intended to glorify the city and its government. In contrast to its turbulent history, the square is now a peaceful place and is home to hundreds of pigeons and tourists resting their tired feet from walking among nearby Amsterdam attractions. 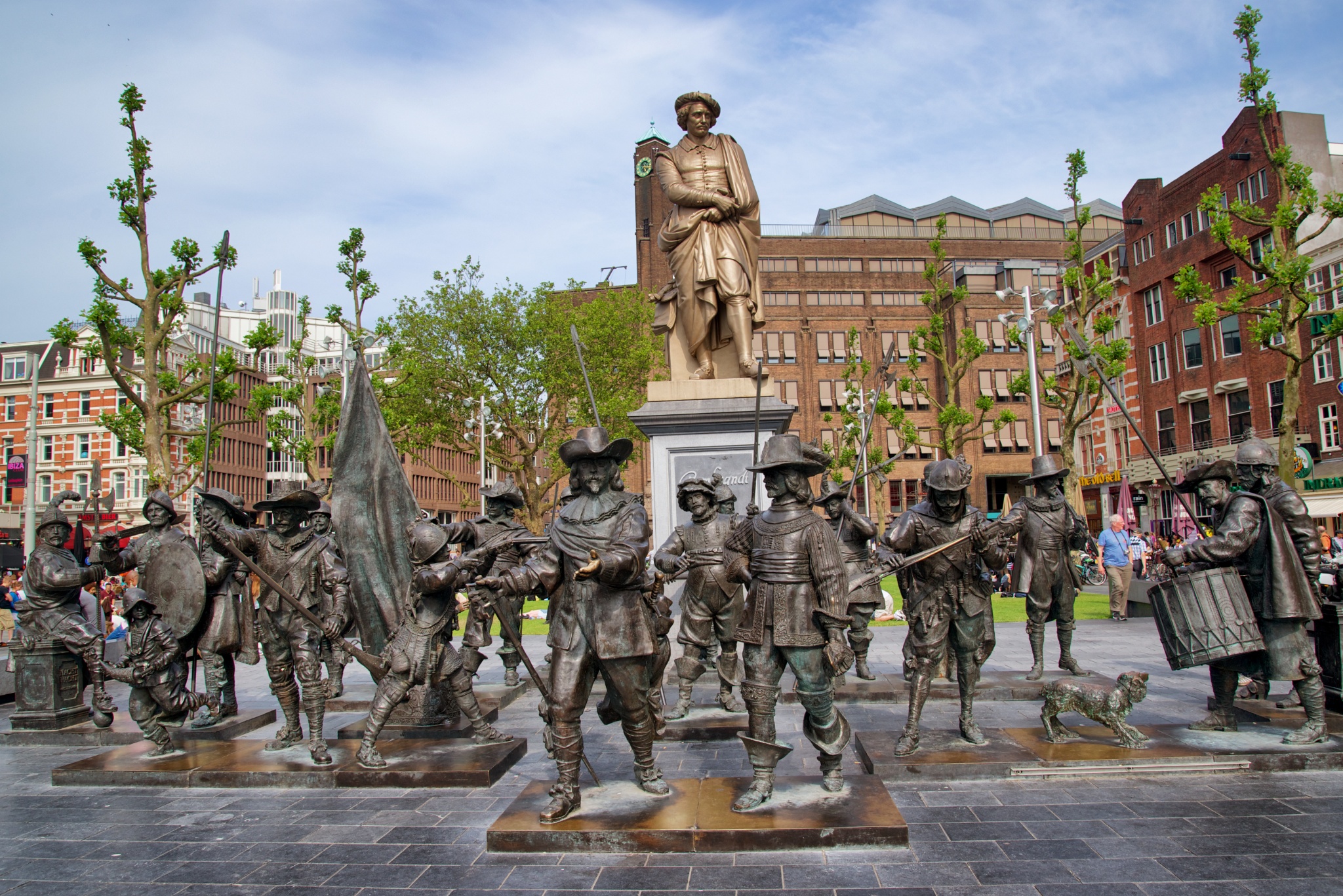 Rembrandtplein is encircled with pubs, restaurants, cafes and hotels and is a magnet for tourists coming to Amsterdam. Also hosting some of the most popular clubs in Amsterdam, this square comes even more alive at night-time, with clubs that play Dutch music where locals visit often. During the day the terraces are packed and the square on which the famous Rembrandt collection of statues stands is bustling.

The Leidseplein or Leidse-square is one of the most popular centres for nightlife attractions in Amsterdam. With many restaurants, clubs, coffeeshops, cinemas and theatres in the area, the Leidseplein is vibrant and colourful. On warm summer evenings, tourists and locals alike take advantage of the pubs’ outdoor seating for a long, lazy drinks with friends. Street musicians, jugglers, fire-eaters and other performers liven up the square, often till the early hours. Museum square is the cultured museum district in Amsterdam, the most famous Dutch museums located on this square. For example, the Rijksmuseum, the Stedelijkmuseum, the van Gogh museum, and the new Mocco museum which has new exhibitions every year, currently there is a Banksy/Warhol expostition. The Royal concert hall is also located at the foot of the square, and last but not least the diamond museum and Coster Diamonds are established here. In the middle of the square there is a little park where both locals and tourist can enjoy a breezy summer day under the trees.