In 1852, our Master Polishers Fedder and Voorzanger went to London to repolish the Koh-I-Noor for Queen Victoria. This diamond is still the center stone in the Crown Jewels.

The history of the Koh-I-Noor

The story of the Koh-I-Noor starts in India, seven centuries ago. In a little village called Kollur, close to Hyderabad, people found an unusual diamond. Everyone was amazed by its unusual color and large size. Until the 14th century, the diamond belonged to the Radja’s of the Kakatiya Dynasty in Warangal. In 1323, the Sultan of Delhi conquered Warangal. The Koh-I-Noor became part of the Sultan’s war bouts. It remained in the possession of the Sultan’s family until 1526. That year, it fell in the hands of the Mongol Emperor Babur. Babur wrote in his historiography about the value of the Koh-I-Noor. He believed it was valuable enough to feed the world’s entire population for at least 2,5 day.

For a few centuries, the Koh-i-Noor remained in possession of the Mongol Emperors. The emperors placed the diamond on their peacock throne. In 1739, the Persian Warlord Nader Shah successfully conquered Delhi. He threw Emperor Muhammad Shah into prison and took everything from him. But there was no sign of the precious diamond he heard so much about. Nader Shah discovered the Koh-I-Noor by accident. When he threw Muhammad Shah in prison, he wanted to switch turbans with the deposed emperor. Little did he know Muhammad hid his beloved diamond in his turban! When Nader found the diamond, he screamed: “Koh-I-Noor”, which is Persian for “Mountain of Light”.

The Koh-I-Noor in Persia

Nader Shah brought the Koh-I-Noor with him to Persia. Until his death, the diamond remained in his possession. After he passed away, Nader Shah’s grandson gave the diamond to Ahmad Shad Durrani in return for his support. Ahmad loaned the diamond to one of his descendants, Shah Shujah Durrani, who wore it in his bracelet.

Shah Shujah Durrani was the last Persian owner. He fought Mahmud Shah for the Persian throne between 1801 and 1809. After losing the battle, he fled with the Koh-I-Noor to Punjab, currently known as Lahore, in Pakistan. Once he arrived, soldiers of the Sikh Maharajah Ranjit Singh caught him. But Shah Shuja was able to buy his way out by giving the Koh-I-Noor to the Maharajah. In exchange, the Maharajah helped Shah Shuja get back the throne of Afghanistan. Ranjit Singh wore the diamond often in his turban and grew very fond of it. He wrote in his will he wanted to donate the Koh-I-Noor to the Jagannath Temple in Puri (India) after his death. His family did not like that idea and decided to keep the stone in Punjab.

Tally-ho! The Koh-I-Noor goes to England

In 1849, the British East India Company took the Sikh empire. The British imprisoned the last Sikh Emperor, Dalip Singh. They took the Sikh's properties as war compensations. One of the items of the war compensations was a bright, white stone: the Koh-I-Noor. In the Treaty of Lahore, a peace treaty marking the end of the war in 1846, they included the fate of the Koh-I-Noor. From now on, the stone would belong to the British conquerors. In England, the East Indian Company gave the diamond as a present of the war bouts to Queen Victoria in 1850.

The diamond was handed to Queen Victoria. She liked the diamond and sometimes wore it in a brooch. In 1851, the Koh-I-Noor went on display at the Great Exhibition in London. But the diamond was not cut in years. The outdated shape that was so typical for the Mughal era could not impress the people in the least. It was by far not as shiny as the other cut diamonds of that era. The queen was actually quite disappointed about it. Prince Albert, the queen's husband, suggested getting the diamond recut.

Therefore, in 1852, it was time to bring the ultimate sparkle to the Queen's diamond. However, this meant the Koh-I-Noor had to be recut by a professional. But it appeared that no Englishman was skilled enough to cut the diamond in an ideal way. Therefore, the Brits decided to look for the knowledge outside their own country. This is how they ended up in Amsterdam, asking Mr. Coster from Royal Coster Diamonds. 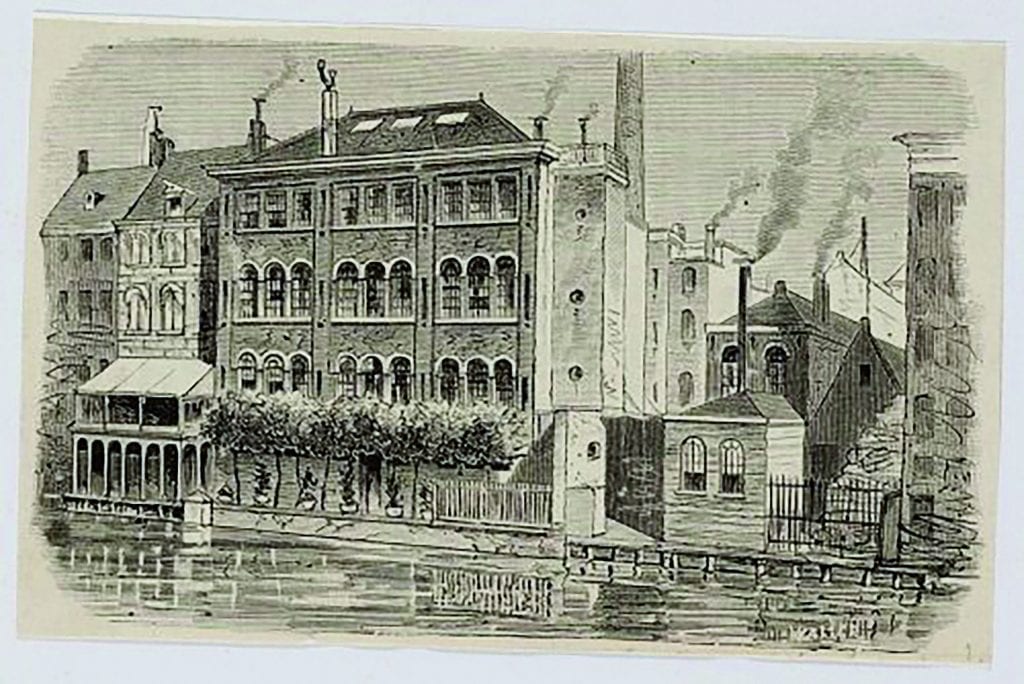 Mr. Coster was up for the challenge. He sent two of his best diamond polishers to England. His polishers, Fedder and Voorzanger recut the diamond from 186.00 carats to its current weight of 108.93 carats. As of that moment, the Koh-I-Noor really lived up to its name: it shines like a mountain of light.

Legends of the Koh-I-Noor

There are serval legends about the stone. One of the most famous ones is that the diamond can only be worn by female emperors and monarchs. They will reign long and prosperous. However, if a man wears the stone during his reign, he will die early. Moreover, his ruling period will go hand in hand with adversity and bad luck. This is the reason why, during its entire life in England, the Koh-I-Noor is only worn by female leaders. Another legend of the Koh-I-Noor is that for as long as it exists, it creates riches as big as its own value every day. 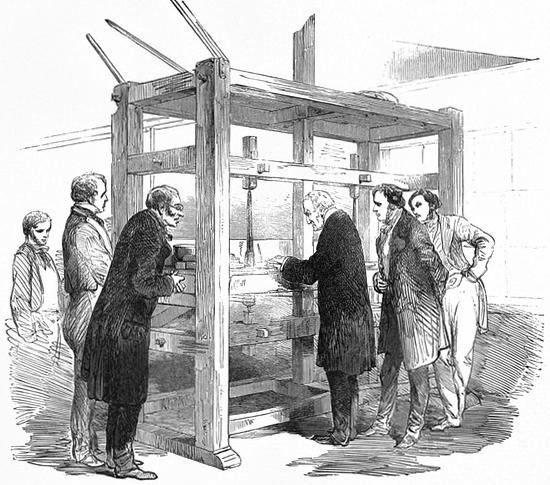 Craftsmanship as a legacy

For us at Royal Coster Diamonds, the Koh-I-Noor really is our darling. After all, two Coster polishers cut it for the English Royals. Amazing yet not surprising. Coster had (and still has) a reputation to remain: a reputation of polished perfection. In particular polish special diamonds perfectly such as the English Dresden and the Star of the South. Two famous diamonds from Brazil that were brought to Coster to obtain its optimum glare.

To this day the craft of polishing diamonds perfectly is a legacy we are proud of. Every day, my co-workers and I gain satisfaction from creating the best sparkle for every diamond. This is how we keep the heritage of Mozes Coster alive and guarantee our customers the best diamonds. The diamonds from Royal Coster. 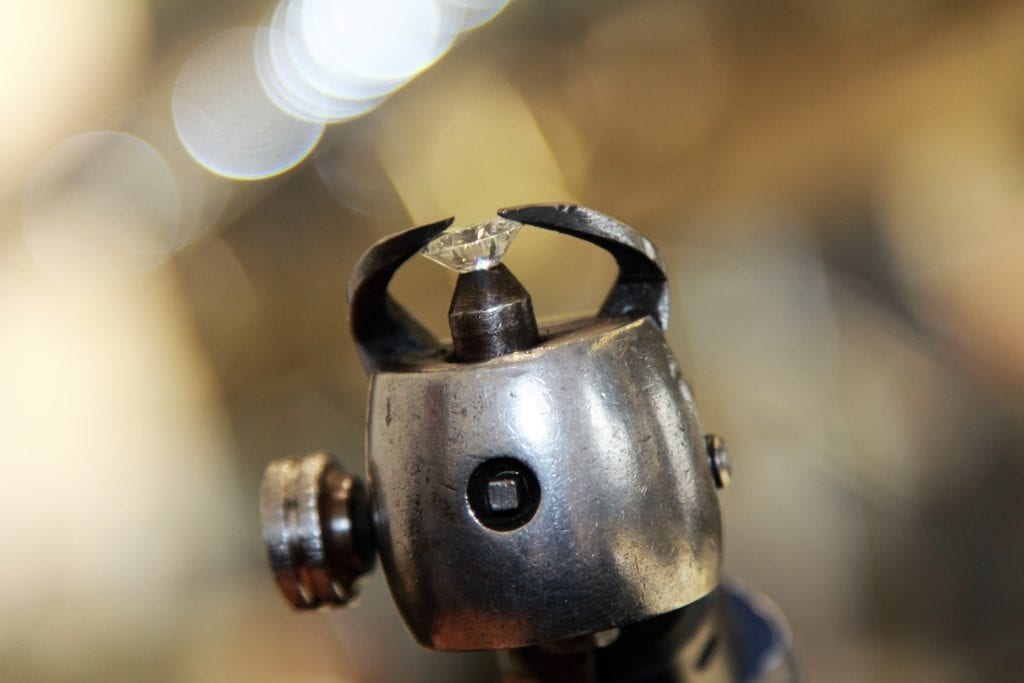 See the most beautiful diamonds

You can see the diamonds from Royal Coster during a tour through our polishing factory in the heart of Amsterdam. To this day, we are still famous for our craftsmanship. We continue to make stunning diamond pieces. For example, our Royal 201 Collection. In the Royal Experience, you learn more about our impressive history. In the tour, you see how our craftsmen polish the diamonds. Besides, there is an exhibition with some replicas of the most famous diamond we cut, including the Koh-I-Noor. We also have Europe’s biggest in-house collection of diamonds: cut and uncut, loose and placed in jewelry. Whether you want to learn more about diamonds, want to buy diamonds or purchase diamond jewelry at the best price, at Coster you can. Drop by and discover yourself why our diamonds are considered the world’s best diamonds for more than 180 years.