Black diamonds - also known as Carbonado - are polycrystalline diamonds. This means that they consist of several different minerals. When diamonds appear from volcanos they are taken down the mountain by lava until it reaches a river bedding. The water takes everything from the eruption into the flow until it quiets down and the stones sink into the ground. These deposits of sedimentation can hold a lot of diamonds. Here are most black diamonds found.

There are three main areas that are famous finding places for black diamonds: The natural color of Black Diamonds varies from dark gray to black, and they are more porous than other diamonds.

We rate regular diamond with the 4 C's of diamond valuation: carat, color, clarity, and cut. Quite uniquely, black diamonds do not have any visible inclusions (or internal damages). Therefore, the C of clarity is absent for black diamonds. A black diamond also has a relatively strong luminescence (sparkle) caused by nitrogen and the absence of several atoms in the structure of the crystal. And guess what, the black color also appears due to radiation. Only during formation though. So any glow you will appear to have when wearing will only come from yourself. 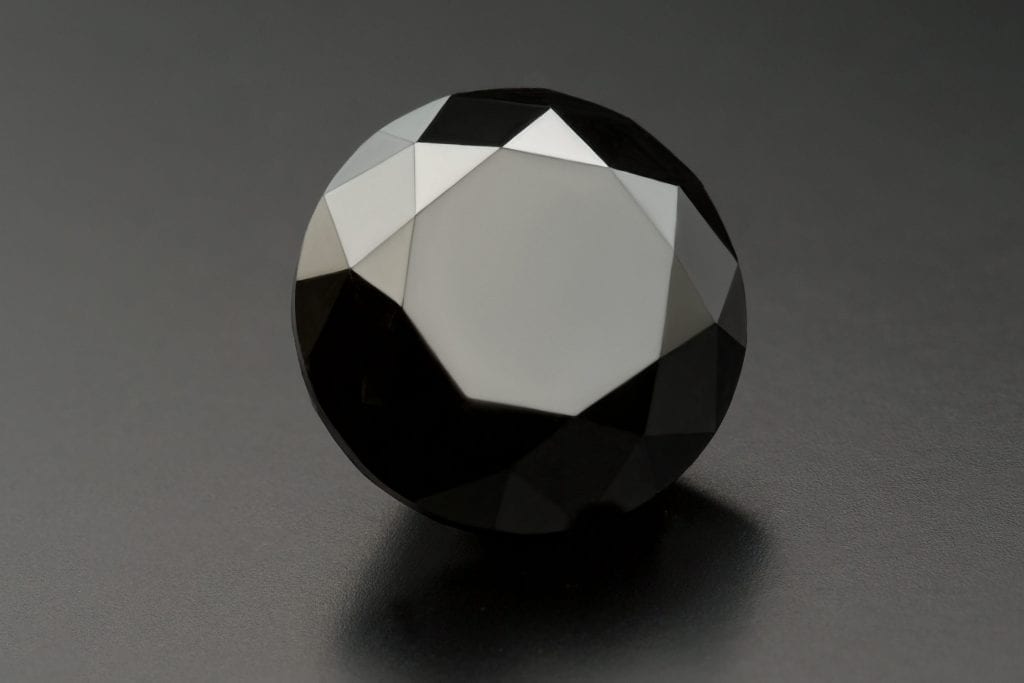 The interesting and somewhat weird part of black diamonds is that they come from places where no other diamonds are found. While yellow, pink, blue or red diamond come from mostly 'white' diamond mines. Black diamonds are always among other black diamonds. This leads to some questions and controversy about the real origin. Ranging from direct conversion from the center of the earth to strong radiation-influenced inception, nobody has quite determined the final theory.

I will not bore you with the many different theories on this but I will tell you the most interesting and- in our opinion- one of the most amazing origin stories is from Dr. Haggerty, an expert on this matter. He believes Black Diamonds are the remains of dying stars that explode and found their way to earth. This theory sounds strange and right from an episode of Star Trek, but has actually gained more and more followers throughout the years. Black diamonds come from very specific locations and always only black diamonds. And the largest diamonds ever found, are all black as well. He called them 'Boulders of Star Dust'. And we like that. If you are looking to buy some 'Boulders of Star Dust', contact our diamond consultants or browse our collection.
Link copied!
Tweet Share Pin it
Previous post
Next post