A Fabergé Egg is a jeweled egg, created by the House of Fabergé in St. Petersburg, Imperial Russia. It all started in the 18th century with Tsar Alexander III. The Tsar was married to Maria Flodorovna from Denmark. She married him at quite a young age and she suffered from homesickness. It was so bad she even became depressed. The Tsar saw her pain and wanted to give her something special for Easter. Especially in (Imperial) Russia, this is a big holiday. In 1885, Alexander III asked the House of Fabergé to make a jewel in the shape like an egg. The egg symbolizes fertility and with that, happiness. This is how the first Fabergé egg was born. 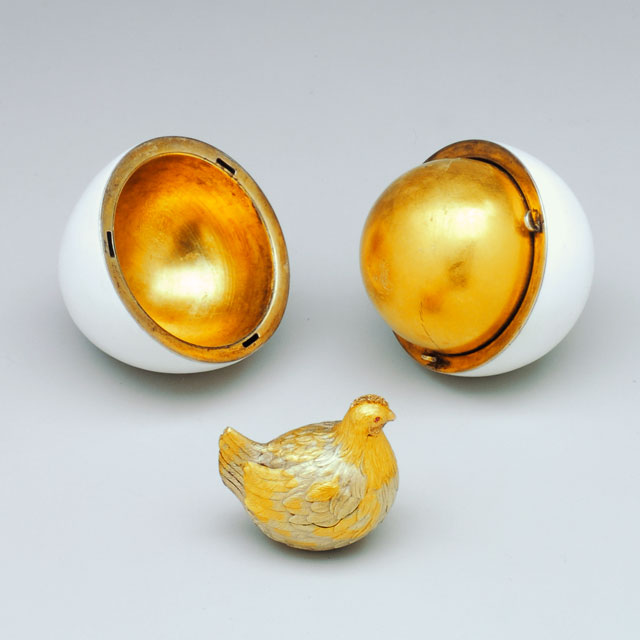 The Tsarina was so happy with her gift that the tsar made Fabergé the purveyor to the court. He ordered his jeweler to make a new Easter Egg for his wife every year. There were only two conditions. First, every egg needed to be unique. Secondly, each egg should have some sort of theme. The rest, he left for Fabergé to imagine. Even the tsar himself did not know what the next egg would look like. Every time he informed about the egg, Fabergé answered: “Your Majesty will be pleased with the result”. After Alexander III passed away in 1894, his successor, Nicolas II, preceded the tradition. But from that year, he ordered two eggs a year. One was for his wife and one was for his mother, the tsarina-widow. This started a new tradition. Twice a year aristocrats would give their wives and mothers a jeweled egg.

Eggs from the Imperial Collection, now on display at the Faberge Museum Saint-Petersburg

Peter Carl Fabergé and his employees made the Easter eggs between 1885 and 1917. In total, they created 69 unique eggs. 50 of these were made and delivered to the Imperial family. Only 43 of those survived. From all 69 eggs, only 52 ones are left. Some are in a museum; some are in the Royal Collection of the British Royal House. A few of them are private property. Every egg is unique. They often contained a small ‘element of surprise’.

Our Heritage is Your Legacy

Nowadays, Fabergé still benefits from its rich history of impressive jeweled eggs. Building on their heritage, Fabergé now created high-end jewelry, such as rings, pendants and watches. The jewelry is modern but with a wink to the Imperial Eggs. Fabergé works with the finest gemstones and pride themselves in the fact they still use some of the traditional craftsmanship. 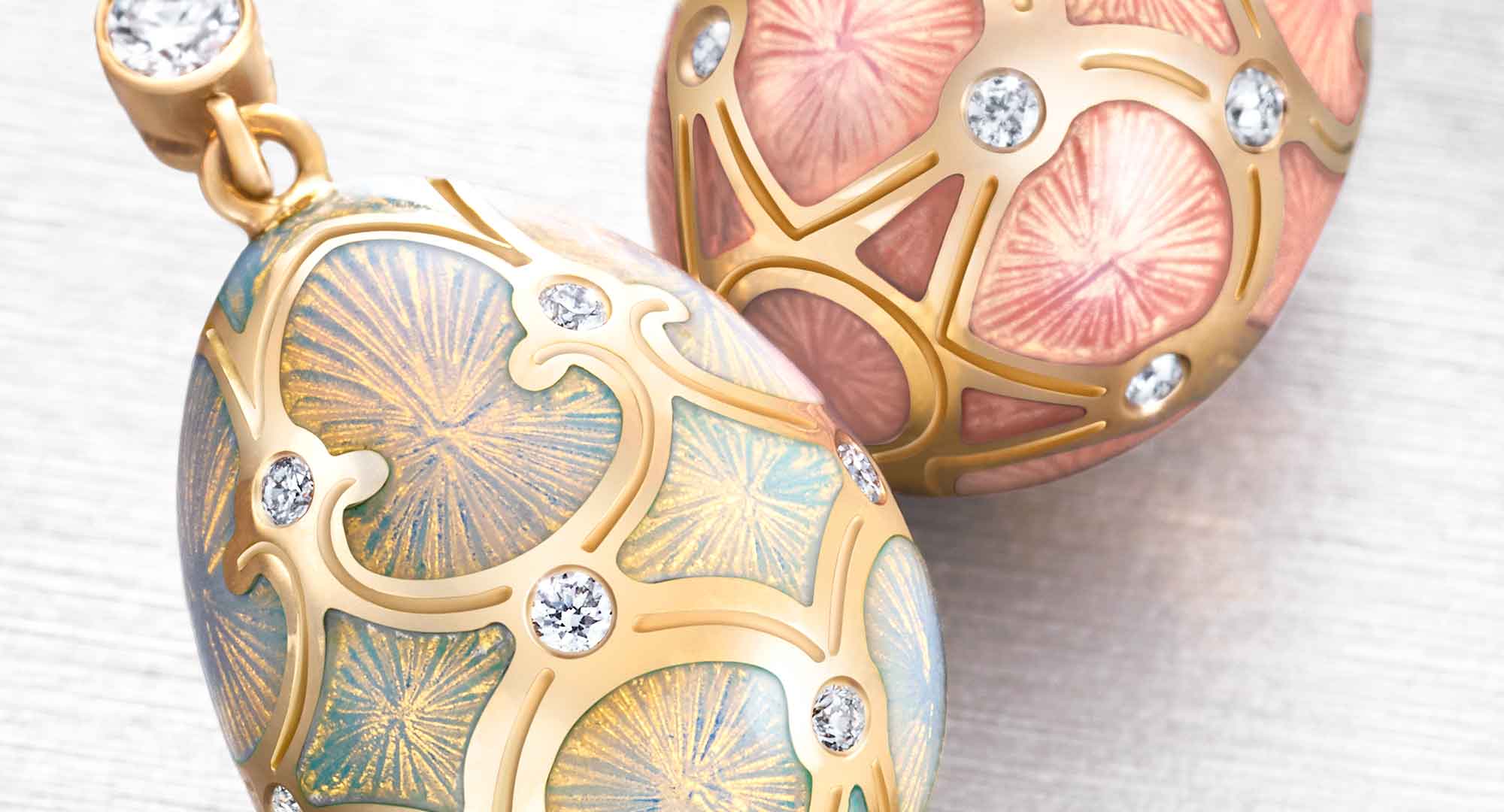 One of these traditional craftsmanship usages is enameling. This is the process of fusing colored glass in powdered form to a surface. This is usually a metal one. In order to fuse the metal and the glass powder together, the two materials are heated to a very high temperature. The powder melts, flows, and hardens into a shiny smooth surface. The art of hot enameling is highly complex and delicate. It requires great skill and experience.

Another impressive part of the Fabergé skills that make a beautiful jewel is guilloché. This is an ornamental technique for engraving metal with repetitive linear patters. Peter Carl Fabergé is the best-known artist using the technique of guilloche enameling. It creates an interesting effect, much like watered silk. It has a shimmering play of light and movement as the object moves. Guilloché enameling is particularly challenging on round shapes. That is why the contemporary Fabergé High Jewelry and Jewelry Egg Creations are truly unique and exceptional.

Fabergé jewelry is popular all over the globe. However, they have a rich history and legacy to uphold. That’s why there are only certain houses that have the honor of being an official Fabergé selling point. In the Netherlands, Royal Coster Diamonds is the only company that sells Fabergé jewelry. You can find our collection of Fabergé jewelry here. Or contact a diamond consultant to find your perfect Fabergé piece.
Link copied!
Tweet Share Pin it
Previous post
Next post