In 1995, Coster incorporates Van Moppes Diamonds. Due to events like terrorism and Sars in the Far East, there were not enough visitors. This meant Coster Diamonds was obliged to close the Van Moppes factory, in 2005. But there is more to the story than a simple take-over. Van Moppes and Coster became a family. To this day, a lot of former Van Moppes staff still work at Royal Coster Diamonds. In 1877, Mr. David Levie van Moppes founded the factory in the backyard of his home at the “Plantage Middenlaan 16”. Soon after the establishment, David kept enlarging the house. He added a fourth floor to the building and increased the number of polishing wheels. A few years later, Mr. Van Moppes bought the adjacent house (number 14) and incorporated this real estate in his polishing factory.

From family business to international corporation

Under David’s management, the Van Moppes Diamond polishing factory flourished. The energetic David employed many other relatives in the Amsterdam enterprise. His five sons already moved in the best circles of the Paris diamond world. Hermanus van Moppes, David’s father, represented the company in Belgium and France. Before the outbreak of WOII, he established production facilities in the Belgium capital where his oldest son learned the trade in every detail. 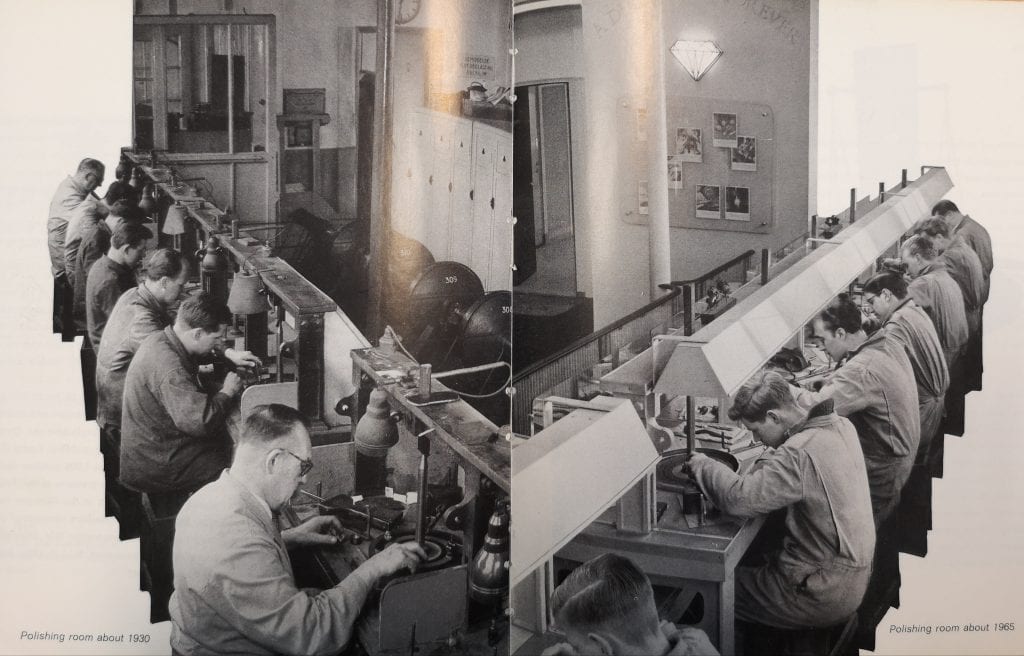 The war changed everything

As a result of the war conditions during 1914-1918, the Van Moppes affiliates became autonomous. During this tragic period, David Levie van Moppes died. Several branches of the Van Moppes family went their own way. Father Hermanus and his son Arnold were dealing diamonds in Brussels and Antwerp. Arnold became one of the leading producers of small gems. However, he and his father kept very close business relations with the Netherlands. Arnold’s son Herman was thoroughly trained in the ancestral trade from his sixteenth birthday. In 1937, Arnold appointed him as assistant-manager in a newly formed company. But three years later, Germany’s attack on Western Europe shocked the world. The diamond industry came to a standstill. That’s why Arnold and Herman van Moppes decided to start a new business in Brazil. 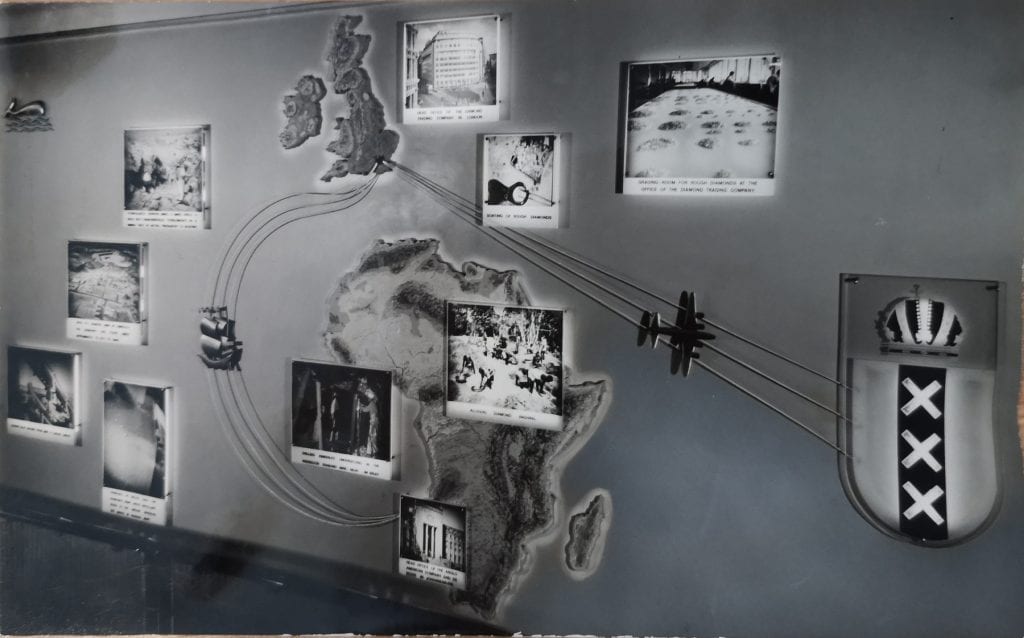 In the beginning of 1941, they sailed to Guanabara Bay, Rio’s magnificent natural port. Their only baggage was limited to some literature pertaining to diamond processing equipment. At that time, Brazil had no diamond processing industry. The Brazilian instrument makers were completely unfamiliar with the equipment father and son Van Moppes asked them to manufacture. Nevertheless, the machinery was ready in two months. Two Dutch men created Brazil’s first diamond industry. The Van Moppes factory in Brazil grew rapidly. After eighteen months, 150 men were employed. In addition, the Van Moppes Company trained another 150 people to saw, cut and polish diamonds. The firm remained the leading and best-equipped diamond industry in Brazil. Moreover, Van Moppes was still able to serve their pre-war customers in the US and Canada from the (relatively) safe Brazil. 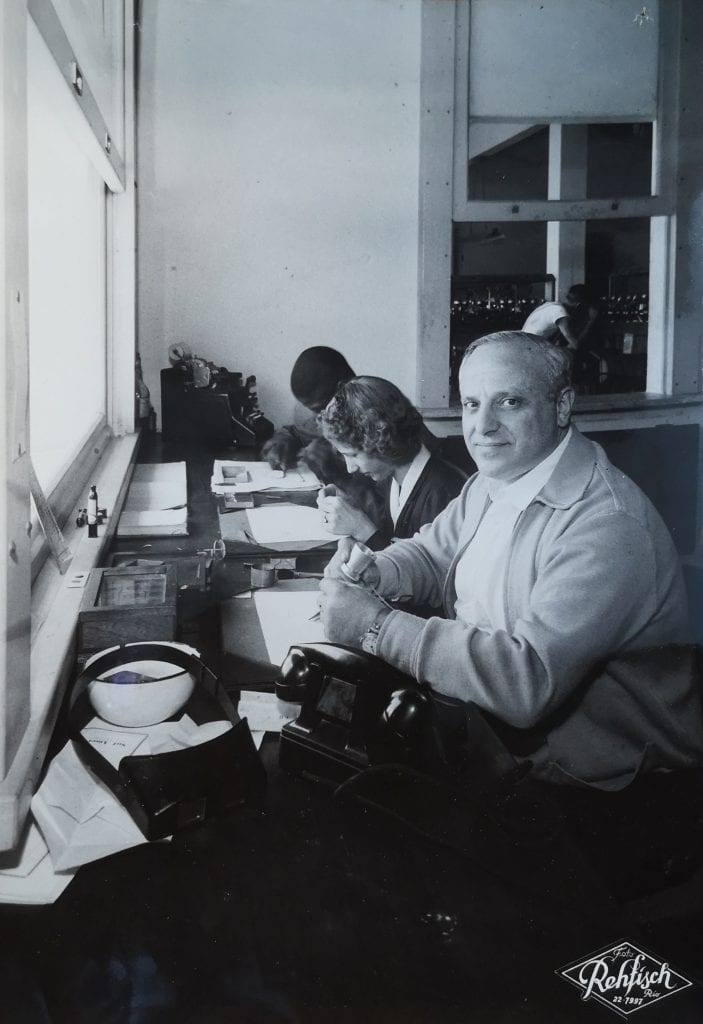 World War 2 was not over yet, but father Arnold and son Herman prepared for their return to Europe. Europe meant Holland and Holland meant Amsterdam. In contrast to their trip to Brazil, they brought 17 boxes with tools and machinery. One of those boxes contained a new type of cutting machine, their own invention. Its many advantages and outstanding performance drew immediate attention in trade circles. To this day, we still use this Van Moppes machine throughout the Netherlands for diamond cutting. Van Moppes settled in the building at the corner of Albert Cuypstraat and Ruysdaelkade. During the war, the Germans tried to turn it into a training school for diamond processing and modernized the building for it. However, their plan failed miserably. Rough diamonds were only available from British sources and they cut off Europe from receiving any. Van Moppes remained in this building to the very end. 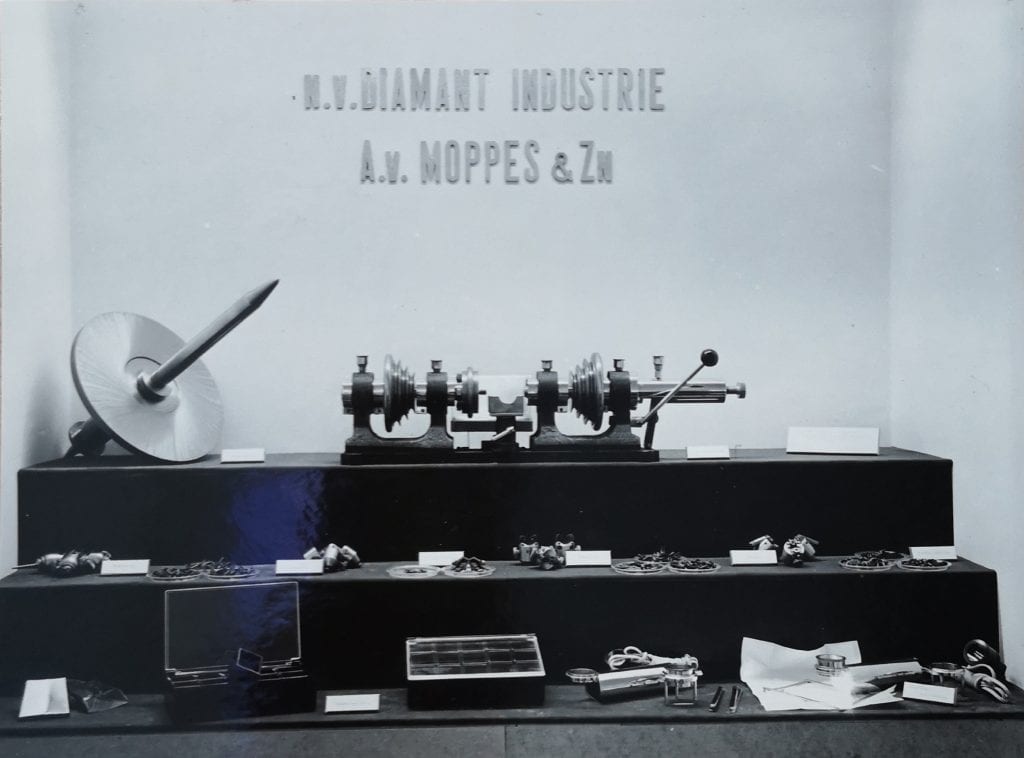 Great in being small

Van Moppes devoted much attention to two facets of their business: skill and training. This became a family tradition of Van Moppes and a most envied one in the industry. From the very beginning, David aimed to enlarge the technical skill of his employees and the recruitment of young people. Arnold van Moppes took part in the program for training 3,000 diamond workers in the latest methods of processing. This resulted in modernizing the Belgian diamond industry. In the years to follow, until 2005, Van Moppes trained 25 young people every year.

From Van Moppes to Coster

In 1994, Coster Diamonds purchased Van Moppes Diamonds on paper. But in reality, the two families just became one. Unfortunately, we had to close the Van Moppes building at the Albert Cuypstraat in 2005. But many Van Moppes employees transferred to Coster. After all, we had become a family. Some of our current diamond polishers and even sales staff worked at van Moppes under its CEO Robert Tamara. Some of our colleagues even for Mr. Van Moppes. We share a lot of the same core values. Both companies attach great value to craftsmanship and an impressive legacy. Van Moppes welcomed many important visitors in its showroom. As did Coster Diamonds. That is why to this day we still implement many of the Van Moppes methods and ideas. Former Van Moppes customers can still count on the same warranty and regulations when they come to Royal Coster Diamonds. 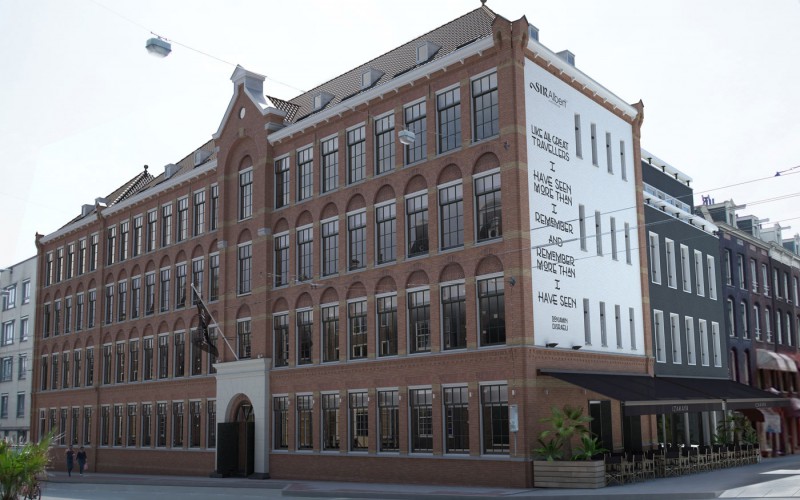